Kim Kardashian and Kanye West are fighting over whether to homeschool their daughter North, claims a new tabloid report. It's alleged their "relationship is going south" and they're having a "showdown" over the 5-year-old's education. Gossip Cop, however, has learned it's untrue. 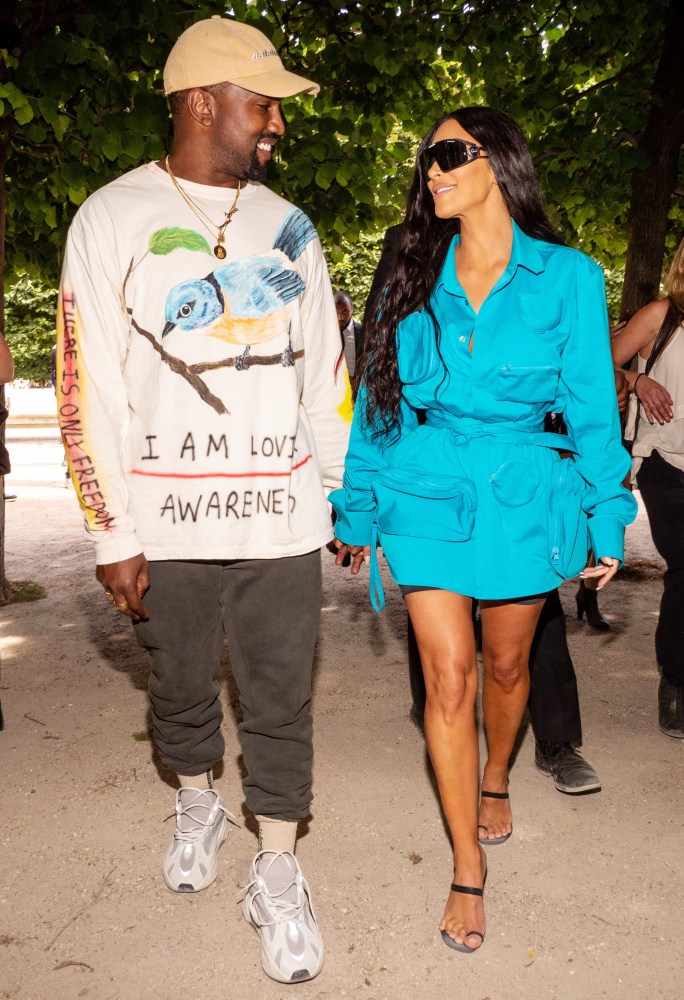 According to Star, West and Kardashian are "arguing over whether or not she should be homeschooled." A so-called "pal" tells the tabloid, "Kanye thinks going to a private school is a huge security risk, especially after Kim was robbed in Paris." For her part, asserts the unnamed source, "Kim wants her children to have football, prom and secret make-outs behind the bleachers."

Here's where the school report flunks. Going to private school is as much as a "security risk" as their daughter going anywhere, including playdates with friends. Additionally, there's a big difference between Kardashian being robbed in Paris and the little girl attending school, unless North plans on finger painting in hundreds of thousands of dollars worth of jewelry. And is school, particularly for youngsters, really about "secret make-outs behind the bleachers"?

It seems whoever came up with this fabricated claim thought the premise of West and Kardashian clashing over North's education was a juicy idea for an article now that a new school year has begun, but didn't really think out what it meant for a 5-year-old. Gossip Cop reached out to a rep for Kardashian, who tells us on the record the tabloid's story in entirely "false." Meanwhile, a source close to West also assures us the couple is not fighting over homeschooling their kids.

More significantly, their oldest daughter has already been going to school. In March 2017, the little girl's grandmother, Kris Jenner posted on Instagram a picture she and North made at preschool. Alongside the picture, Jenner wrote, "This is the art project North and I created at school today for Grandparents Day!" Significantly, this was well after Kardashian's robbery, so clearly the parents have no issue with sending North to a private school.

Of course, part of the equation when Gossip Cop makes a determination is how reliable Star has been in the past with its sourcing and reporting about the couple. Curiously, the tabloid seems to enjoy publishing articles that contend they're fighting or their marriage is troubled for one reason or another. A full nine months ago, for example, the magazine ran a cover story that claimed it had "breaking news" about Kardashian and West announcing a $1 billion divorce. That wasn't true and neither is this new report about them clashing over whether or not to homeschool North.