Kim Kardashian never replaced Kris Jenner as the family's manager, despite a report from a year ago claiming the reality star planned to fire her mom. Gossip Cop exclusively debunked the claim last year. Time has proven it false. 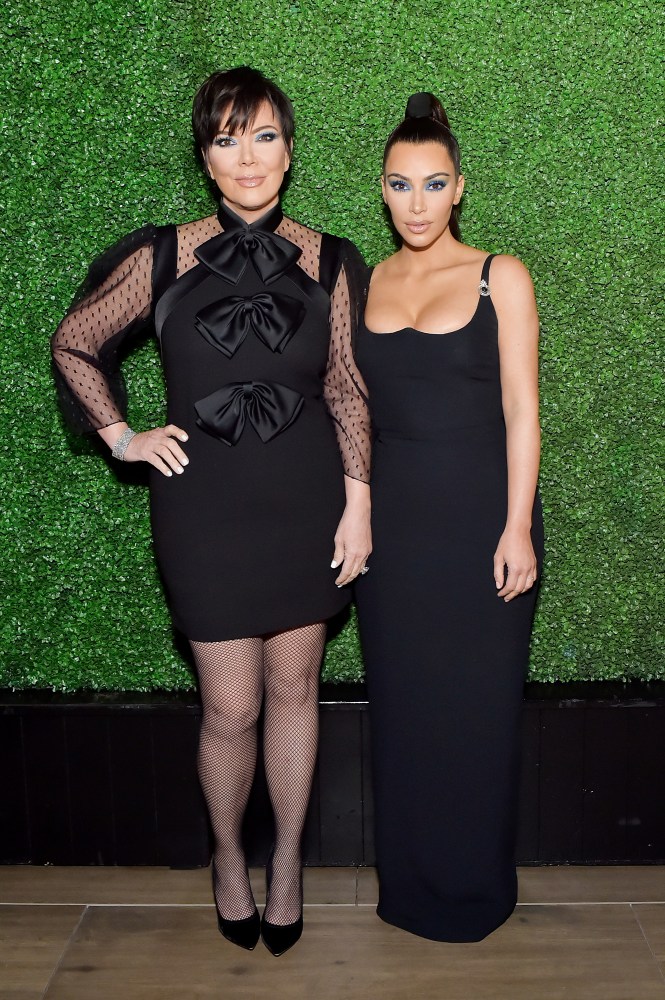 On April 30, 2017, Star wrongly reported the Kardashian sisters were unimpressed with Jenner's managerial skills and blaming their mom for the family's alleged "plummeting" brand. The unreliable outlet further maintained that Kim was taking over the role of the family's manager in an effort to get them back on top.

A so-called "source" told the magazine that Jenner was "desperate to hold on to her brand and power," but her daughters all agreed she should step aside and allow Kim to "assume control of the family." Shortly after the story was published last year, a rep for Kim exclusively told Gossip Cop on the record that it was completely "false." A mutual friend of ours and the reality star added that the claim was "nuts."

It's now 12 months later, and Jenner remains the manager of the Kardashian family. Last October, Jenner scored a $150 million contract with E! for another five seasons of "Keeping Up with the Kardashians." Clearly, the momager is doing a fine job of taking care of the family business. In fact, she's largely credited for catapulting the family to superstardom, so the assertion that her kids weren't happy with her skills never made sense.

In the time since the bogus article was published, Jenner also spoke to Variety about her role as the manager of the Kardashian family. She noted that she doesn't just oversee the family's reality show, but also her kids' various enterprises, which include clothing lines, cosmetic lines, apps and more. Additionally, Jenner accompanied Kim to her Fendi fashion shoot in Malibu earlier this week, so she's clearly very involved in her daughter's professional life, despite the false claim that Kim had wanted to take charge.

When Star isn't busy claiming Jenner is getting fired, the publication also makes up tall tales surrounding her role as the family's manager. Gossip Cop recently busted the tabloid for falsely claiming the matriarch masterminded Khloe, Kylie and Kim's simultaneous pregnancies for publicity and endorsements. A few weeks later, the tabloid made up a absurd story about Jenner ordering Kourtney and Kendall to get pregnant as well. As time has shown, the outlet has very little insight into what Jenner's job entails.