A new story claiming Kylie Jenner flipped out on Kim Kardashian for "dissing" Travis Scott's face tattoo is completely made-up. Gossip Cop can correct this latest piece of fiction, which was manufactured by HollywoodLife. We're told it's "not true." 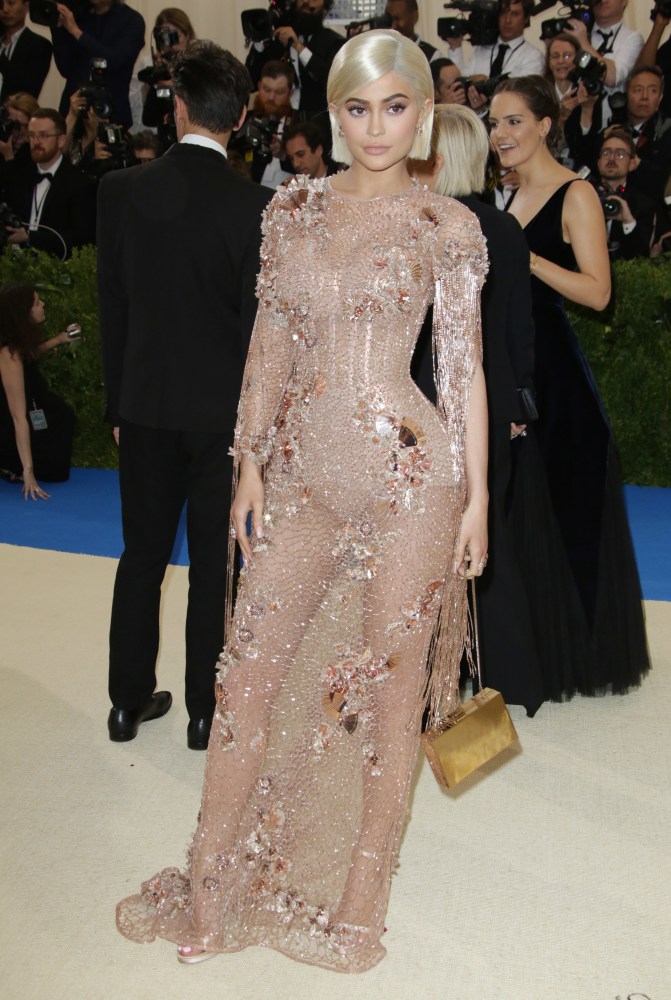 As widely reported, Scott recently debuted a new face tattoo, which simply reads "Free" in black ink. The rapper posted a picture of his tattoo, which sits underneath his right eye, on his personal Instagram story earlier this week. Now according to the often disproven outlet, Kardashian "isn't too keen on the tat," and it supposedly "led to some ugliness" between her and Jenner. A so-called "source" is quoted as telling the online publication, "Kylie ended up getting into a fight with Kim over it because she let it be known that she does not approve."

In response to Kardashian's alleged objection, the website's questionable "insider" goes on to claim, "Kylie flipped out on her for being judgmental and basically told her to back off and mind her own business." The outlet further quotes its supposed "source" as saying of Jenner, "She's not going to stand for anyone talking down about Travis, in her eyes he can do no wrong and she'll defend him no matter what." But this dispute never actually took place.

First off, Kardashian doesn't go around dissing people's tattoos. On the contrary, last year Kardashian actually praised a fan who got her name tattooed in large, black letters on his thigh. In response to the inking, the reality wrote on Twitter, "Omg this tattoo is everything!!!! I love you!!!" That said, in 2015 Kardashian tweeted that she talked Kanye West out of getting a face tattoo. It seems likely her stance then is what it inspired HollywoodLies, as it's nicknamed, to concoct this tale about her being against Scott's own face tattoo.

But that doesn't prove she actually voiced an objection to Jenner's boyfriend's newest inking. A source close to the family tells Gossip Cop the report is 100 percent "made-up" and "not true." Jenner never had reason to "flip out" on Kardashian because she never dissed her beau's tattoo. And while Kardashian may never get a tattoo herself, she has publicly supported her own husband's collection of ink, two of which pay tribute to their daughter North and his late mom Donda West. In fact, Kardashian documented West's tattoo process a few years ago. It makes little sense then to allege she's criticizing Scott for getting ink of his own. The entire story is nothing more than a fabrication.