Are Kylie Jenner and Travis Scott having relationship troubles? That's the latest claim coming from one of this week's tabloids, but Gossip Cop can expose the truth. We're told it's "not true." 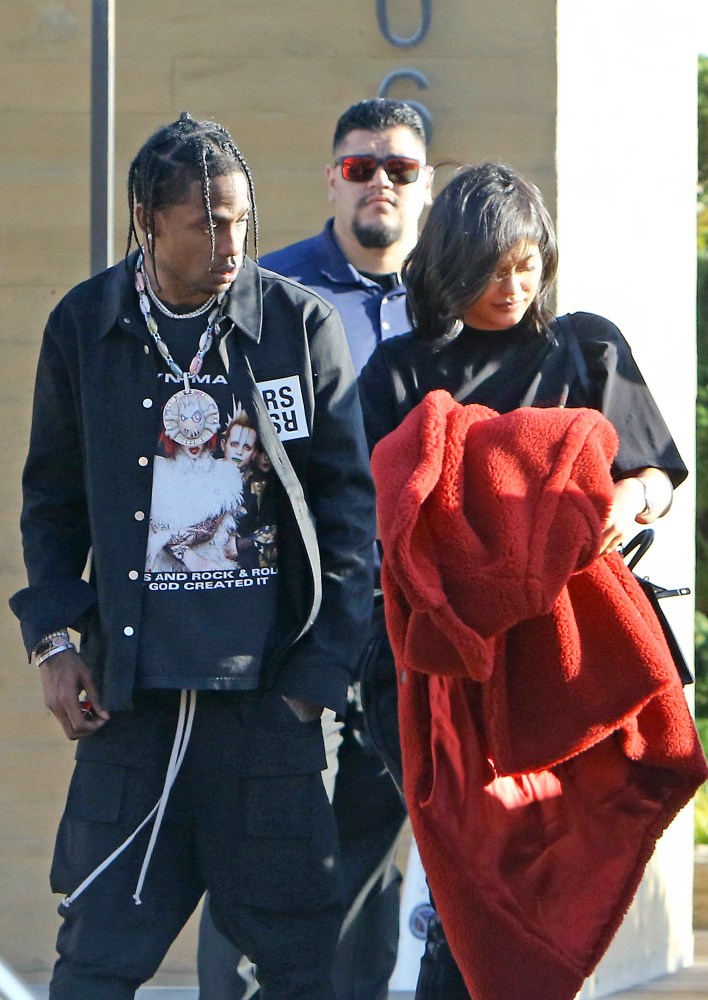 According to Life & Style, Jenner and Scott haven't been spending that much time together since the birth of their daughter Stormi on February 1. A so-called "source" is quoted as telling the gossip magazine that Scott has "barely seen Kylie since the baby was born." and she's furious. The outlet's questionable "insider" further maintains the makeup mogul feels the rapper is "putting his career before her and the baby" and, as a result, "they're constantly at each other's throats."

When it's presented that they're always fighting and Scott doesn't spend time with Jenner and their baby girl, it sounds like their relationship is in "trouble," but Gossip Cop fact-checked the claim and it's wrong. A source close to the situation tells us the article's assertions are simply "not true." The couple isn't having problems, and while they're not parading their romance, Jenner and Scott have actually spent a fair amount of time together with Stormi.

In fact, Jenner and Scott were spotted having lunch together on Saturday. The two lingered over a long meal at Nobu Malibu, where they were joined by Jenner's best friend Jordyn Woods. Kris Jenner and boyfriend Corey Gamble reportedly also dropped by the restaurant to spend a few minutes with the new parents. Clearly, Jenner and Scott's lunch date, as well as his purported $1.4 million push present of a Ferrari, which they sped off in after their meal, are proof the two are not having relationship troubles.

Unfortunately, we're not remotely surprised by the magazine's latest inaccuracy. The made-up article about the couple having problems is in the same issue in which the outlet mocked-up a fake cover story about how Jenner got her "body back" after giving birth to her daughter. As Gossip Cop noted, the tabloid's front page false gave the impression that she had spoken with the outlet about how she lost the baby weight. It also featured a picture of a slimmed down Jenner in a bikini. But, as we pointed out, that deceptive photo was from the 2016 campaign for her and sister Kendall's Topshop swimwear collection.

And it's interesting that Life & Style only says they're having relationship problems without mentioning that they're headed for a divorce. In June, Gossip Cop busted the tabloid when it ran a bogus cover story that maintained Jenner and Scott were "secretly married." Much like that report, the latest about the couple having relationship troubles is wrong. While it's conceivable the two may have problems down the road, right now their romance is riding as smoothly as Jenner's sweet new Ferrari.

Are Miley and Liam fighting over where to live?

Did Jen and Justin split over jealousy?

Robert Pattinson does not want to bond with Kristen Stewart