Are Kylie Jenner and Travis Scott selling backstage passes to meet their baby daughter Stormi during the rapper's Astroworld concert tour? That's the ridiculous claim in one of this week's tabloids. Gossip Cop can debunk it. 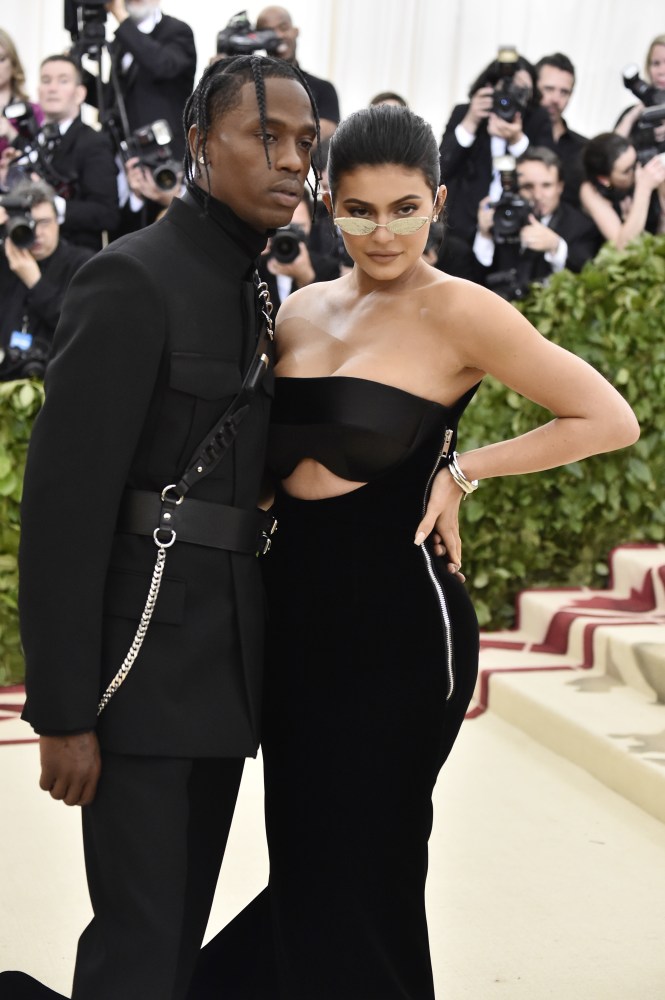 According to Star, the couple plans to cash in on their 10-month-old girl by offering fans "Meet Stormi" passes for $3,000 dollars. An alleged insider tells the magazine, "Travis is definitely into boosting ticket sales any way he can, and bringing Kylie and the baby along has garnered him a totally new audience base."

The outlet's supposed source goes on to say that Jenner is being very careful when it comes to fans being around her daughter, as they'll have to wear gloves and a mask during the interaction. "Kylie doesn't want strangers and their germs near her baby, but if she can help Travis, she'll do it," adds the questionable tipster.

The outlet's story is entirely fabricated. In fact, TMZ reported this week that Scott is taking extreme security measures to keep Jenner and their daughter safe when they join him on tour. The rapper has hired multiple security guards to conduct an hour-long sweep of his dressing room and backstage areas before he arrives with his girlfriend and their child. Additionally, Jenner and Stormi won't be joining the rapper at all of his shows, and only her managers and security detail know which dates they'll be attending.

It's also worth noting, Jenner shared two YouTube videos showing fans what happens when she goes on the road with Scott and their daughter. One of the videos was filmed at the rapper's recent New York City concert, during which Stormi watched her father perform on a screen in a backstage room, before falling asleep. There's no footage of fans having a meet-and-greet with the little girl.

Of course, we're not surprised by the magazine's phony article. Gossip Cop frequently calls out Star for making up false stories about the reality star and her baby daughter. Earlier this year, we busted the tabloid for falsely claiming that Jenner was changing Stormi's name following the controversy surrounding Stormy Daniels and President Donald Trump. The baby's name has obviously remained the same.

Shortly before that, Gossip Cop called out the magazine for alleging that Jenner was already sick of being a mom. The reality star's constant output of photos and videos with her daughter would prove otherwise. This latest article is more fiction from the unreliable outlet.

George Clooney, Amal Having Another Set Of Twins?