Is Lea Michele "determined" to get married before Emma Roberts? Once again, the tabloids are pitting the best friends against each other. Gossip Cop can exclusively bust this latest bogus feud story. 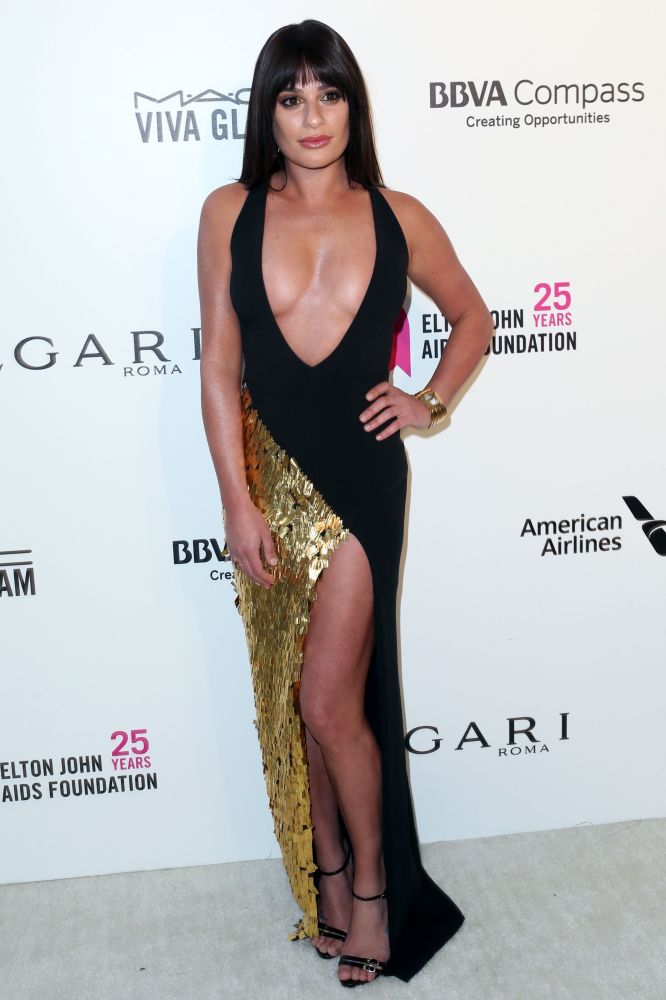 "Lea & Emma's BFF Bride War," reads the headline of a new article from Star. According to the gossip magazine, Michele is at risk of losing her friendship with Roberts because she's "determined to say 'I do'" first, now that she recently became engaged to boyfriend Zandy Reich. It specifically alleged Michele is "already jumping into wedding planning in a desperate attempt to beat her BFF to the punch." Suspiciously, though, no specific wedding plans are revealed.

Rather, a so-called "pal" is quoted as saying, "She's already 'joked' to Emma that she'll be a missus before she will. But really, Lea isn't kidding." Though the outlet acknowledges that there's "no sign of a wedding" on the horizon for Roberts and her on-and-off beau Evan Peters, it's alleged that Michele "worries that now that she's engaged, Emma will somehow get the bridal bug and rush down the aisle, just to steal her thunder." Contends the supposed source, "Lea should watch it, or Emma and Evan will elope to Las Vegas just to shut her up."

There's a few reasons why these claims don't make much sense. It was first reported in late 2016 that Roberts and Evans were back together and engaged again. If Michele is so concerned with being a bride before her, why did she and Zeich only get engaged last month? Surely if there was such a race between them, Michele would've been rushing to the altar before now. It's also implausible to suggest that, after years of being on and off with Peters, Roberts would suddenly elope just to out-do someone else. And wouldn't Michele herself be eloping instead of "wedding planning" if she really wanted to win this supposed race?

In actuality, Roberts is thrilled for her longtime friend. In fact, Michele shared Roberts' joyous reaction to her engagement on social media last week. And the love between them goes both ways. In February, Michele posted an adoring birthday tribute to Roberts, calling her, "My partner in crime! The Betty to my Veronica, the Gigi to my Bella." She added, "I love you Rob." But now readers are supposed to believe the "Scream Queen" co-stars are at odds over who will get married first?

Gossip Cop spoke with an insider close to both actresses, who exclusively tells us, "They are such good friends and they cannot wait to support each other." Our contact, who declined to comment on the record, stressed that "each will get married when the time feels right," and slammed the publication for trying to "make it all so nasty." Unfortunately, the tabloids have spent years wrongly trying to make it seem like Michele and Roberts are feuding. All the while, though, the stars keep showing that they remain the best of friends. We're told that will still be the case going forward.

Who is Meghan Markle's Maid of Honor for Royal Wedding?

Gwen Stefani NOT in talks for cooking show on Food Network, despite report