Liam Payne and Cheryl are "very much together," an insider tells Gossip Cop, amid reports that the couple is poised to split. Over the weekend, the British tabloids published a flurry of reports contending the 24-year-one One Direction member and his decade-older, twice-divorced girlfriend are going their separates ways. There's even talk he's consulted with lawyers, but we're told it's currently untrue. 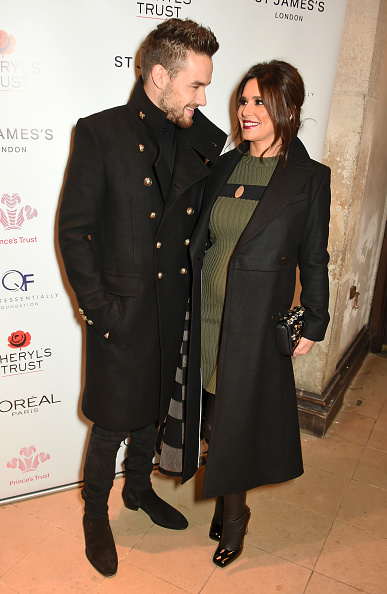 The first alarmist report came from the Daily Mail, which published a piece on Friday alleging Cheryl and Payne's relationship was "strained" and that they're having a "tough time." For the most part, though, that article focused on how they've recently spent very little time together because Payne's been on the road with his music career, while Cheryl's been at home alone with their 11-month-old son Bear. By Sunday, however, the tone changed somewhat, thanks a piece in The Sun titled, "Cheryl and Liam Payne 'ready to end relationship' as his solo career and their 10-year age gap take toll."

That story maintained the couple has "been on the rocks for some weeks" and "they are ready to split." A "source" was quoted by the newspaper as saying, "If they didn't have Bear then they would have most likely split up by now." The purported insider continued, "They're currently talking to their families to seek advice about whether there's any hope of giving things a go for a period of time."

That report was followed on Monday by the same tabloid again contending "their two-year relationship is on the verge of collapse" and that Payne knew the relationship was "doomed when she kept dismissing his talk of marriage." The paper's source further asserted, "They've drifted apart," and "nobody is sure if they'll be able to pull things back from the brink." It's even alleged they could be over "in weeks."

Not surprisingly, those stories set off an avalanche of more articles speculating about the future of Cheryl and Payne. The Daily Mail came back with a piece in which a so-called "source close to Liam" shared, "They tried very hard to make it work… but it's absolutely on the rocks." "This relationship is hanging by a thread. Both of them are devastated," added the alleged insider. Next, a number of tabloids, including the Mirror, regurgitated a claim that it's become so bad between the two that Payne has "called in divorce lawyers" to protect his fortune and discuss custody issues.

Curiously, each one of those outlets has backtracked a tiny bit, with its sources now saying there's also a chance they won't break up. "Both of them desperately want it to work," the Daily Mail has offered. Meanwhile, one of the The Sun's sources has noted, "They do care for each other so it's now a matter of seeing if there's a final way forward to try and make it work."

Of course, it's possible that Payne and Cheryl will one day split. That would not be a shock given the percentage of how often superstar couples, in general, go their separate ways. But, as mentioned above, Gossip Cop is assured by a Payne confidante that they're currently "very much together."

Tom Cruise and Daniel Craig are not fighting over roles