Lucy Hale was the victim of a burglary on Friday. The "Pretty Little Lies" star wasn't at home when more than $15,000 in jewelry and purses was stolen from her. The police are currently investigating the robbery. 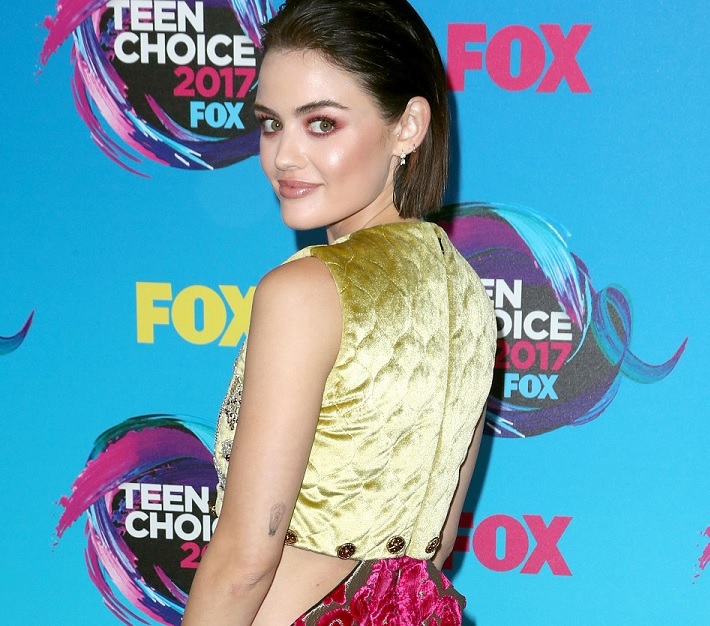 Hale's San Fernando Valley property was broken into early Friday morning, and it's believed the thief or thieves smashed through one of Hale's front windows and stole a vast amount of expensive jewelry and purses. Law enforcements tell TMZ that her alarm was on, suggesting the robbery was a random hit.

Unfortunately, the actress is just the latest celebrity to have been robbed, but authorities have not linked any of the incidents. Instead, it has been suggested the robberies are part of a city-wide crime spree, hitting some of the nicer neighborhoods where numerous stars happen to live. As Gossip Cop reported, Jason Derulo had his home burglarized in September. The singer was not at his Los Angeles home at the time when around $300,000 in jewelry and cash was taken from his property. It appeared thieves got into his house by breaking a door and a window, before heading straight to where the money and jewelry was located.

In July, Hilary Duff had thousands of dollars worth of jewelry stolen from her Beverly Hills home. Similarly to Hale and Derulo, Duff wasn't at home when the perpetrator or perpetrators entered the residence without triggering an alarm. At the time, she revealed she was out of town by posting a number of vacation pictures on social media. Once inside, the culprits easily gained access to Duff's possessions. Other victims include Kevin Hart, Nicki Minaj, Alanis Morissette, Scott Disick, Blac Chyna, Drake, Jaime Pressly, Emmy Rossum, Kendall Jenner and Cesar Millan.

Gossip Cop has reached out to Hale's rep for more information surrounding the robbery.

Are Justin Bieber and Rita Ora teaming up for "Fifty Shades" song?

Is Nicole Kidman urging Keith Urban to get plastic surgery?

Kendall Jenner NOT in tears over Golden Globes backlash