Did Madonna actually snub Amy Schumer by ignoring her wedding invitation? That's the claim in one of this week's tabloids. Gossip Cop looked into the supposed drama and we can exclusively set the record straight. 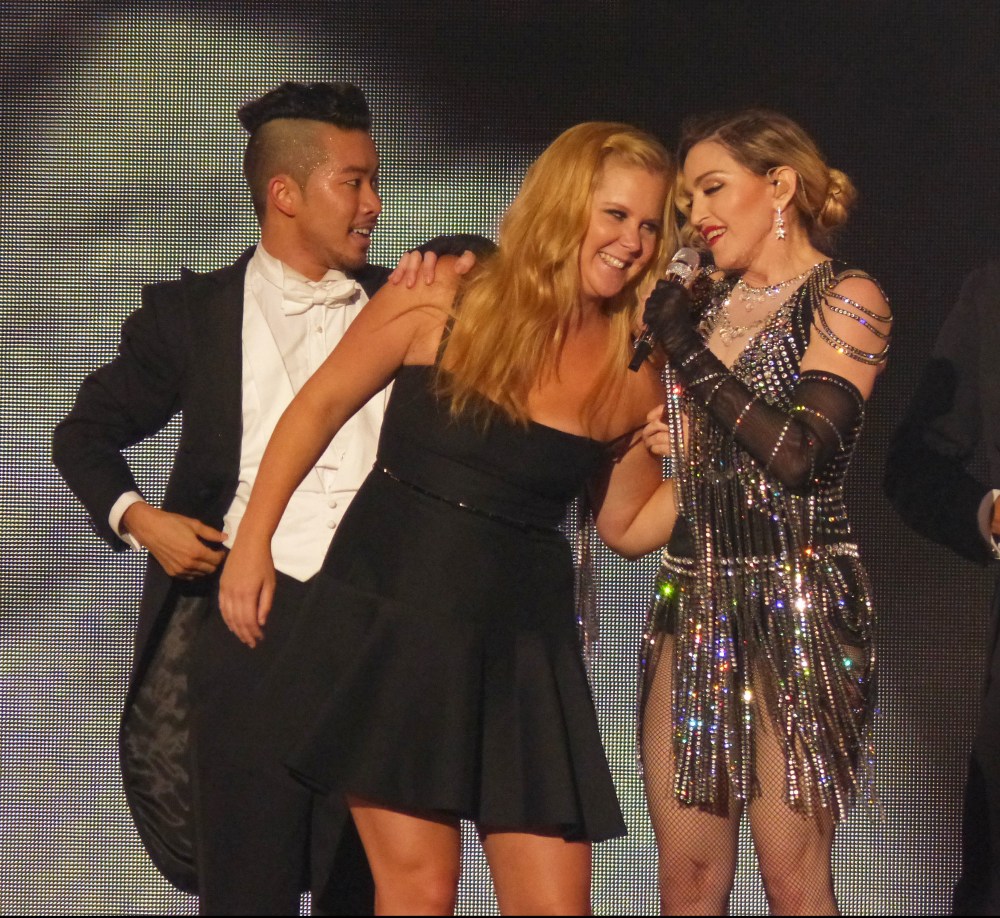 Earlier this month, Schumer got married to chef Chris Fischer in Malibu in front of around 80 guests, including A-listers like Jennifer Aniston, Jennifer Lawrence and Jake Gyllenhaal. One celebrity who wasn't in attendance was Madonna, who's friendly with the comedic actress. The singer made a surprise appearance during Schumer's Madison Square Garden show in 2016, and also performed stand-up alongside the comedienne at the Comedy Cellar in New York City last year.

An article in the latest issue of the National Enquirer, however, claims Madonna rudely rejected Schumer's wedding invitation without bothering to RSVP. A so-called "source" tells the magazine, "Madonna totally snubbed Amy. Madonna was invited and just never responded. Though the wedding was very last minute, she could have at least sent a gift or her best regards, but she didn't."

But Gossip Cop checked in with a source close to Schumer, who exclusively assures us the tabloid's report is entirely false. A Madonna insider similarly tells us there's no truth to the magazine's account of events. This article was seemingly concocted simply because the singer was absent from the star-studded ceremony, but that's not because she snubbed Schumer. This is simply a non-story.

It's worth noting, this isn't the first time that the Enquirer has attempted to create drama between the iconic pop star and another female celebrity. Gossip Cop previously busted the tabloid for making up a ridiculous story about Madonna challenging Lady Gaga to a boxing match in Las Vegas. Obviously, no such bout ever occurred.

Schumer has also been the target of the magazine's fake feuds. Gossip Cop previously debunked a bogus story about Lawrence ending her friendship with the comedienne. Of course, the Red Sparrow star was front and center at her friend's recent wedding, so the two are obviously still very close.

The public seems to enjoy a good celebrity feud, which is why the tabloids constantly create nonexistent rifts between stars. But while there are plenty of people in Hollywood who genuinely don't get along, Madonna and Schumer aren't on that list. Gossip Cop can confirm that this drama surrounding the comedienne's wedding is completely baseless.

Is Julia Roberts furious over Richard Gere getting engaged to girlfriend?