In honor of Friday's release of Margot Robbie's new movie Terminal, Gossip Cop is looking back at five wrong rumors we corrected about the actress. The tabloids have targeted Robbie with many phony stories as of late. From fake feuds to nonexistent romances, see some of the more absurd examples below. 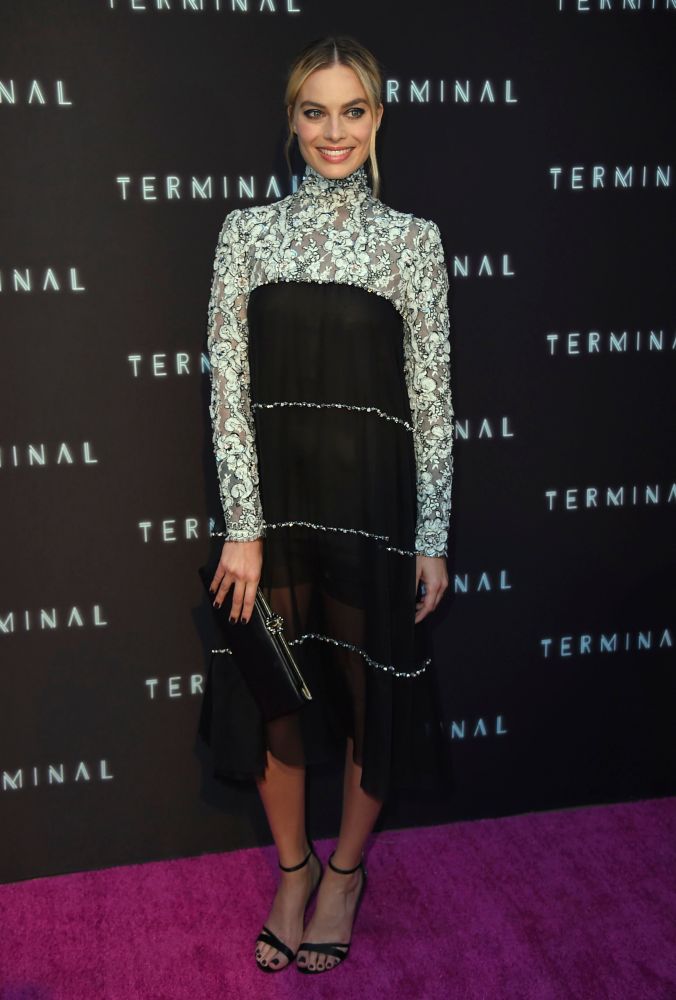 In April, Gossip Cop busted NW for making up a story about Robbie's husband Tom Ackerley refusing to let her work with Brad Pitt and Leonardo DiCaprio on Quentin Tarantino's upcoming movie, Once Upon A Time In Hollywood. The claim was completely ridiculous. Far from having jealousy issues, E! recently published an article detailing how strong Robbie and Ackerley marriage is, with one of the reasons being that he's "very supportive" of her career. This is backed up by the assistant director frequently praising his wife's accomplishments on social media. More importantly, it was confirmed this week that the actress is officially joining Tarantino's film.

Woman's Day came up with a similar premise in February when the magazine falsely claimed that Robbie had turned to Alexander Skarsgard amid alleged marriage problems. In reality, the spouses have their own production company, LuckyChap Entertainment, and they have a number of projects they're producing together. The bogus report also came on the heels of Instagram photos showing the pair on a ski vacation together. The only reason the baseless article was concocted is because Robbie was seen chatting with Skarsgard at the SAG Awards.

This past January, Gossip Cop called out New Idea for making up a fake feud between Robbie and Nicole Kidman. The tabloid contended that Kidman was jealous of the younger Aussie, who she felt was stealing her spotlight. The false story was very poorly timed. Within days of it being published, Robbie and Kidman appeared on the cover of Vogue together. The following month, the actresses sat together at a New York Fashion Week event. Suffice to say, they're good pals.

Meanwhile, In Touch falsely claimed in November that Angelina Jolie snubbed Robbie at the Hollywood Film Awards over rumors the actress was dating Brad Pitt. Only, Pitt's own spokesperson went on the record to assure Gossip Cop there was no romance between him and Robbie, so Jolie would have no reason to snub her. Regardless, we also checked in with organizers of the Hollywood Film Awards, and no one was aware of any such incident taking place. Meanwhile, Vanity Fair observed Robbie and Jolie behind the scenes of the event and made no mention of a conflict.

And finally, The Mirror wrongly reported last October that Robbie was in talks to join Jared Leto in a biopic about Playboy founder Hugh Hefner. A source close to the actress told Gossip Cop on the condition of anonymity that she wasn't joining the project. Of course, the movie is nowhere to be found on Robbie's IMDB page, which lists dozens of her other upcoming films. The following month, it was announced that the Hefner movie wasn't going forward and Leto revealed he never intended to star as the Playboy founder in the first place. On the other hand, Robbie's new and real movie Terminal, in which she stars as a kooky waitress who's secretly a psychotic assassin, is currently playing in theaters and on video-on-demand.