One of this week's tabloids claims Mariah Carey is jealous of Lady Gaga's success with A Star Is Born because she's hoping to have a movie career of her own. The story is completely made-up. Gossip Cop can debunk it. 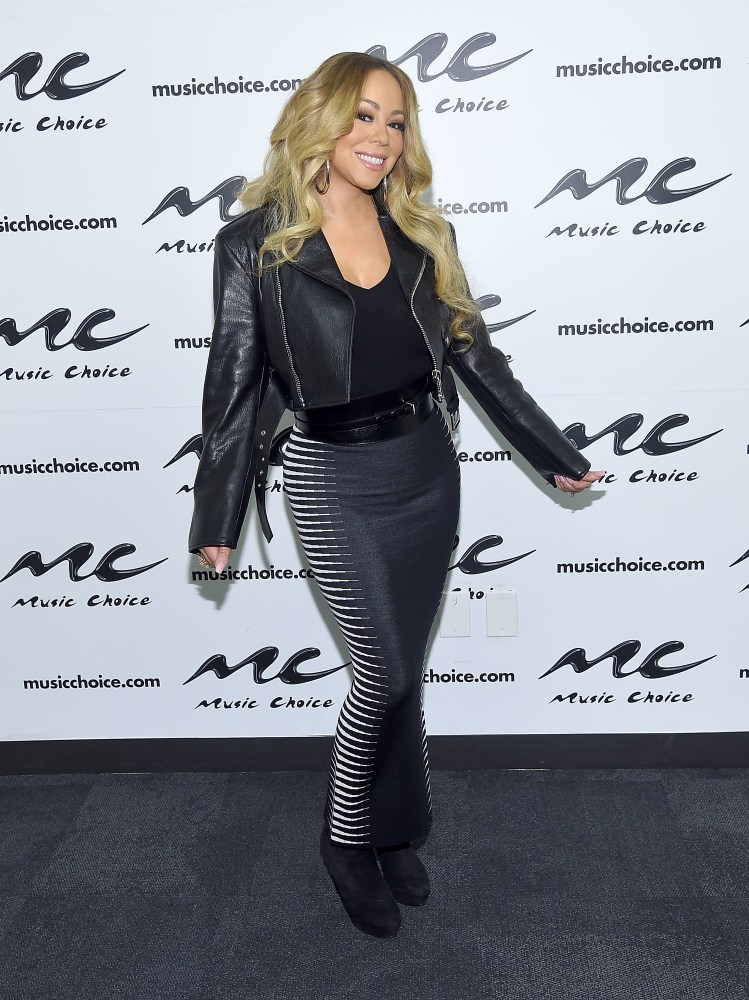 A headline in the latest issue of Star reads, "Mariah Going Gaga With Jealousy!" The accompanying article says the singer is determined to rebrand herself as a movie star after seeing all the praise Gaga is getting for A Star Is Born, which was a major hit at the box office and is poised to be a contender at the Oscars.

In 2001, Carey starred the big-screen musical drama Glitter, but the movie was a bust with both critics and audiences. "Mariah's movie Glitter will go down as one of the worst films in history," a supposed source tells the magazine. "She's never really pursued acting after that, but she can't stand how people are going, well, gaga over A Star Is Born. Mimi thinks she deserves an Oscar-worthy role too!"

As for Carey's supposed "dream gig," the alleged insider says, "She basically wants to be Whitney Houston in The Bodyguard. " The questionable tipster adds, "Mariah is fully aware that her star power is waning, and she figures making a hit movie is her only way back to the top now."

The tabloid's story is based on claims from a seemingly nonexistent "source," but Gossip Cop reached out to Carey's spokesperson, who tells us on the record that it's both "lame and fake." The singer's rep, who's authorized to speak on her behalf, adds, "It's incredibly sad that the media insists on making up false narratives that pit women against each other. This isn't true."

In reality, Carey is continuing to focus on her music career. The singer recently wrapped her All I Want For Christmas Is You European Tour. In February, Carey is kicking off her Caution World Tour in support of of her latest album Caution, which debuted last month.

It's worth noting, the tabloids have an ongoing storyline about various stars being envious of Gaga's success with A Star Is Born. In June, Gossip Cop debunked a story claiming Barbra Streisand, who starred in the original 1976 film, was trying to overshadow Gaga's remake by releasing a new edition of her own movie.

In September, RadarOnline falsely claimed that Madonna was "livid" about A Star Is Born getting Oscar buzz. Shortly after that, In Touch alleged that Jennifer Lawrence was angry with Bradley Cooper for casting Gaga in A Star Is Born instead of her. Carey is now the latest celebrity said to be jealous of Gaga's hit movie, but this ongoing tabloid saga is baseless.