Are Mary-Kate and Ashley Olsen "at war"? That's the claim in one of this week's tabloids. Gossip Cop, however, can exclusively correct the made-up story about the Olsen Twins "feuding." 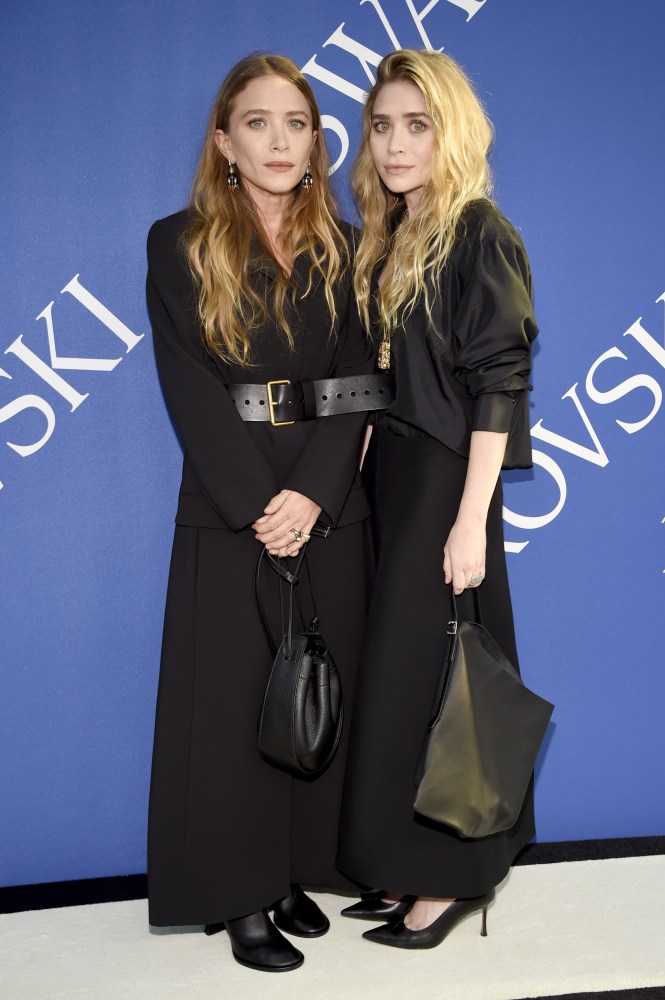 According to the Star, the Olsen sisters "recently had an epic falling out, which ended with a furious Ashley fleeing New York City to get away from her sister." To make its article appear more credible, the outlet alleges it has an "insider," who shares the break between the twins "has been coming for a while," and that their relationship is "beyond repair." The magazine points to how Ashley raised "eyebrows" when she recently attended the Vanity Fair Oscars afterparty without her sister Mary-Kate.

The tabloid asserts "the reason for the rift is Ashley's fast-track romance with artist Louis Eisner." The outlet's alleged tipster is quoted as saying, "Mary-Kate doesn't care for Louis and thinks Ashley could do better." "It's hard to see how this feud will end. There may be no coming back," concludes the supposed source.

In no particular order, there are a number of glaring holes in the magazine's article. For instance, are readers really to believe the twins are "feuding" because Mary-Kate "doesn't care" for Eisner? And while they generally walk red carpets together, is Ashley attending a party in Los Angeles, where her boyfriend lives, truly a sign that the twins are "at war"?

While the publication dramatically claims they had an "epic falling out," and declares it's "hard to see how this feud will end," the outlet doesn't actually offer any specifics about how their "war" allegedly began and got to a point where it's "beyond repair." Additionally, how is Ashley in a "fast-track romance" when she's been linked to Eisner since last summer? If the artist was the catalyst from the Olsen Twins to go their separate ways, wouldn't that have happened months ago?

The reason there are no specifics or any evidence to back up the tabloid's claims is because it seemingly made up this tall tale or relied on an untrustworthy tipster. As opposed to the magazine, which hides behind vague contentions from an unnamed and untraceable source, the Olsen Twins' rep, speaking on their behalf, exclusively assures Gossip Cop the story is "not true." Ashley and Mary-Kate are not "feuding" or "at war."

Without belaboring the point too much, Star has a history of getting reports wrong about the Olsen Twins, and has very little insight into their lives. For instance, in May 2016, the tabloid teased in a small box on its front page how Mary-Kate was pregnant, and Ashley wasn't happy about it. Incredibly, Gossip Cop busted the magazine again when it returned nearly two years later in February 2018 with a full cover story that falsely contended Mary-Kate was pregnant, and Ashley was jealous of her sister having a baby.

A full 11 months after that phony report, it's clear the article and quotes from its so-called "source" were all lies. And much like its previous tales, the same can be said of its latest piece about Ashley and Mary-Kate "feuding." The only "war" is the one that publication is waging with the truth.