Matt Damon did not cut best friend Ben Affleck out of his life and replace him with Chris Hemsworth, despite an untrue tabloid report. Gossip Cop can exclusively debunk this claim. We're told it's entirely false. 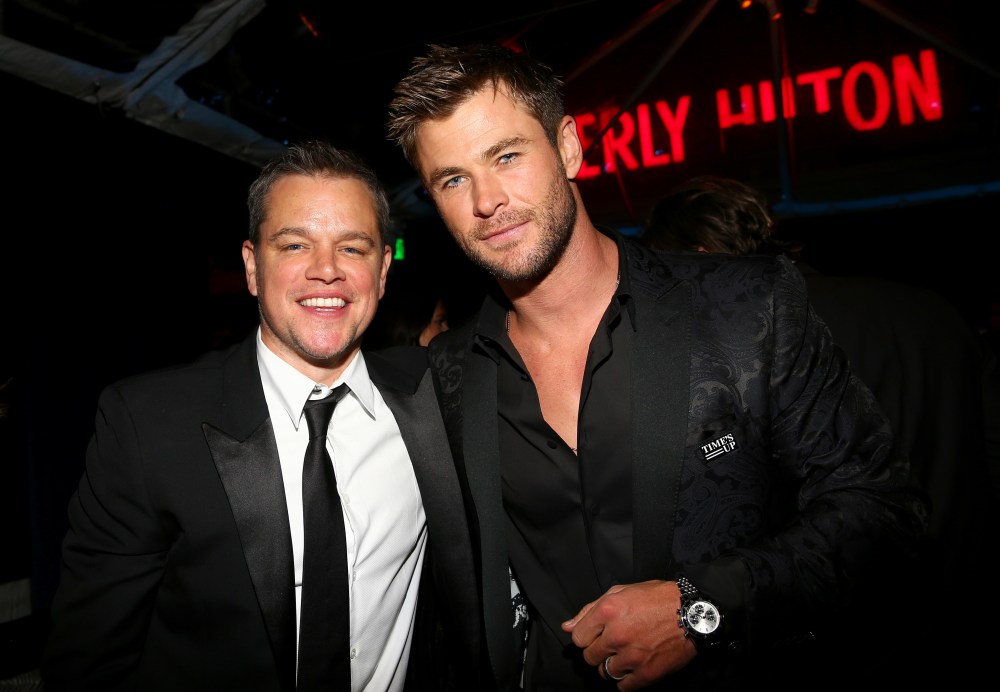 "Matt Damon Breaks Up With Ben Affleck To Save His Reputation" reads a new National Enquirer headline. The accompanying article claims Damon is no longer associating with Affleck following some of his recent scandals, which include alleged cheating during his marriage to Jennifer Garner and accusations of sexual misconduct.

An alleged insider tells the outlet that Damon is trying to save both his marriage and career by dropping Affleck as a friend, seeing as his wife, Luciana Barroso, and his professional advisers all demanded he do so. "Ben is radioactive," adds the questionable source, who goes on to say that Damon and his wife are instead "buddying up with Chris Hemsworth and his wife Elsa Pataky."

The seemingly made-up tipster concludes that Damon now considers Hemsworth his closest pal and is acting "like Ben never existed." Gossip Cop, however, has learned this is all completely inaccurate. Less than a month ago, Damon opened up about how Affleck help him cope with his father's death last year. "The guy is like a brother to me and there are ups and downs in life," Damon told People, further noting that his late father "had a great relationship" with Affleck as well.

Additionally, Damon and Affleck are producing partners who are developing a number of projects through their production company, Pearl Street Films. It wouldn't be too easy for Damon to produce movies with someone he considers nonexistent, as the unreliable tabloid alleges. It's also worth noting, E! recently dedicated an article to Damon and Affleck's "enduring friendship," which has spanned more than two decades.

It happens to be true that Damon and Hemsworth are also close pals, but it's possible for a person to have more than one friend. It's likely the tabloid made up this story because the two actors celebrated Easter together with their families in Australia. Their friendship, however, has nothing to do with Affleck, despite this nonsense about the actor being replaced.

Also, Gossip Cop recently busted the Enquirer's sister outlet, RadarOnline, when it published a similarly bogus article about Damon "banning" Affleck from his life. However, a mutual pal of ours and Damon tells us on the condition of anonymity that he and Affleck are still like brothers, as the actor himself said last month.