Meghan Markle and Kate Middlton are not pregnant with babies who are "due on the same day," despite a new tabloid cover story. In fact, they aren't even pregnant at all. Gossip Cop can debunk this untrue report. 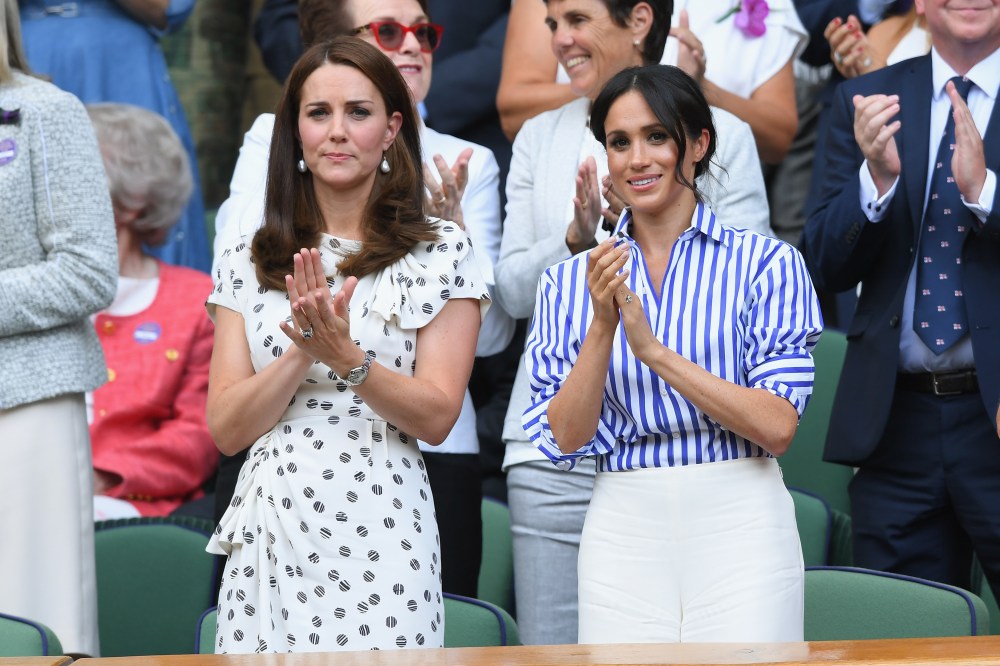 The cover of New Idea touts "historic palace news." The story inside the issue alleges "the Duchesses of Cambridge and Sussex have some exciting joint baby news: they could give birth on the same day!" It's specifically claimed the "royal sisters-in-law Kate and Meghan are both trying to have babies and could already be pregnant." A so-called "insider" is quoted as saying, "No one in the palace would be surprised if they wound up being due on the same day."

In Markle's case, the magazine theorizes she may already be pregnant because of recent reports about Prince Harry selling his Audi, which some argue isn't family-friendly. In regards to Middleton, the outlet contends she only recently decided she wanted a fourth child in the wake of welcoming Prince Louis, and "loves the idea of having two babies really close together." Asserts the untraceable source, "If she has another baby straight away, she can hopefully be back at work by late 2019. She has it all worked out, but falling pregnant again quickly is crucial."

The publication goes on to refence an already debunked In Touch cover story about Markle expecting twins. It was actually that tabloid that first spread this narrative about Middleton and Markle both being pregnant and possibly delivering on the same day. And just as we busted that version of this storyline, we can transparently shoot down this one, too.

The age differences between Prince George, Princess Charlotte and Prince Louis show that Middleton has always preferred to space out her pregnancies and return to normal life before having another child. The claim that she now wants another child "straight away" is hard to believe. There is also no evidence to support it.

Meanwhile, there is significant proof Markle is not currently pregnant. Less than a month ago, Markle indulged in both champagne and beer during her recent trip to Dublin with Prince Harry. The couple is also set to travel to Fiji and Tonga this fall, where the CDC advises pregnant women not to go due to the risk of contracting the Zika virus. All of that rules out a pregnancy.

Lastly, fans need to remember where these claims are coming from: New Idea also claimed r, and tried to trick readers by teasing an "official palace statement" on its cover. This same magazine also wrongly alleged earlier this year that Middleton was pregnant with twin girls. As everyone now knows, she gave birth in April to just one child, and a boy at that. The outlet never issued any kind of an apology or correction.

It's abundantly clear the publication isn't trustworthy, nor are its unidentifiable "insiders" credible. Gossip Cop suspects the tabloid will keep recycling pregnancy storylines ad nauseam regardless. But when the day comes that Markle is pregnant, or Middleton is expecting another child, the news won't be broken through this tabloid.

Jennifer Aniston NOT Reuniting With Brad Pitt Because She Visited George Clooney's House, Despite Report