Michael Fassbender and Alicia Vikander are not living "separate lives," despite a completely inaccurate tabloid report. Gossip Cop can exclusively debunk the claim. The happy spouses aren't having any marriage problems. 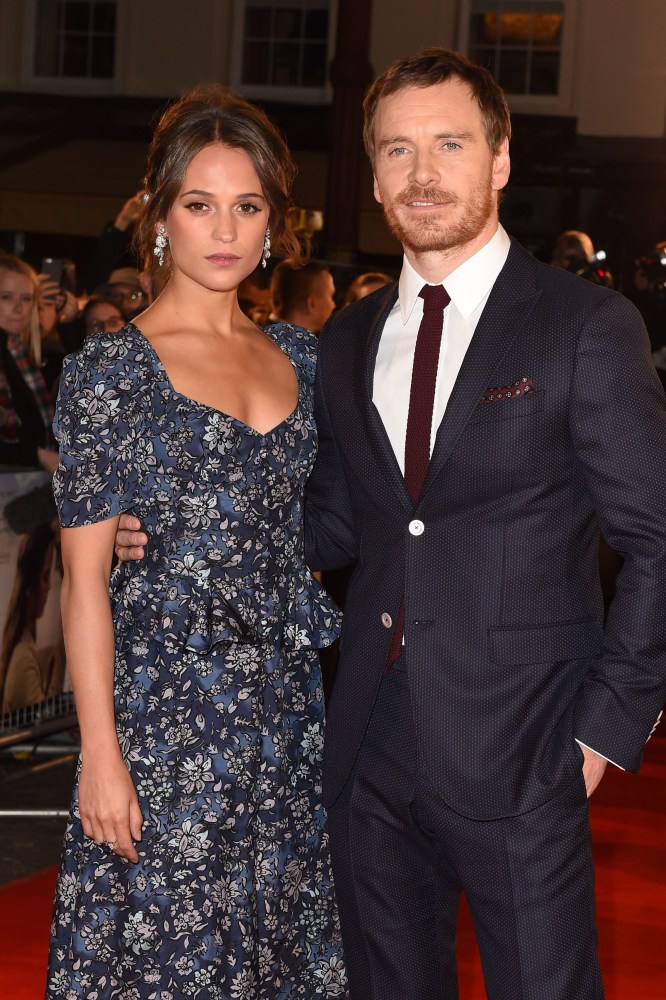 According to OK!, however, the couple's "busy schedules have kept them from enjoying life as newlyweds" following their October 2017 wedding. The magazine's article is flawed from the very start. Fassbender and Vikander went on a honeymoon in Italy one week after tying the knot last year. This past April, Fassbender and Vikander vacationed in Puerto Vallarta, Mexico, and the Daily Mail even noted that the two "appeared like they were still in the honeymoon phase."

Still, an alleged insider tells the tabloid, "A lot of their relationship has been long-distance, but after their wedding, Alicia was hoping they'd make more time for each other." The questionable source further contends that Vikander "was under the impression they were going to try and start a family," but her husband has been too busy working. "Things aren't going the way Alicia thought they would, so she's just wondering how she can get it back on track," adds the seemingly phony tipster.

It's worth noting, the outlet's report is filled with inaccuracies. For instance, it claims Fassbender recently "set off to film Kung Fury 2 leaving Alicia behind." That movie, however, isn't in production yet. Fassbender is currently in Montreal filming reshoots for X-Men: Dark Phoenix. Are we to believe the "insider" knows the secrets of the actor's marriage, but not which project he's shooting?

Regardless, Gossip Cop checked in with a source close to the couple, who tells us on the condition of anonymity that the magazine's story is false. The spouses of nearly one year are going strong. Fassbender and Vikander have been together since 2014 and have managed to make their relationship work despite both having busy careers. Why would their schedules all of a sudden become an issue now that they're married?

Additionally, Vikander opened up about her married life in an interview with Vogue earlier this year, saying, "I feel I'm more happy and content than I've ever been." It should also be mentioned, Gossip Cop busted OK!'s sister publication, Star, for falsely claiming in 2015 that Fassbender was dating Marion Cotillard. The actor had been with Vikander for nearly a year when that bogus story was published. The same magazine wrongly linked Vikander to Matt Damon in 2016. This latest story surrounding the couple's so-called "separate lives" is equally baseless.