Did Miley Cyrus delete her Instagram photos because she's "embarrassed" of her partying past? That's what a tabloid want readers to believe. But Gossip Cop can confirm the real reason for her social media purge is far less scandalous. 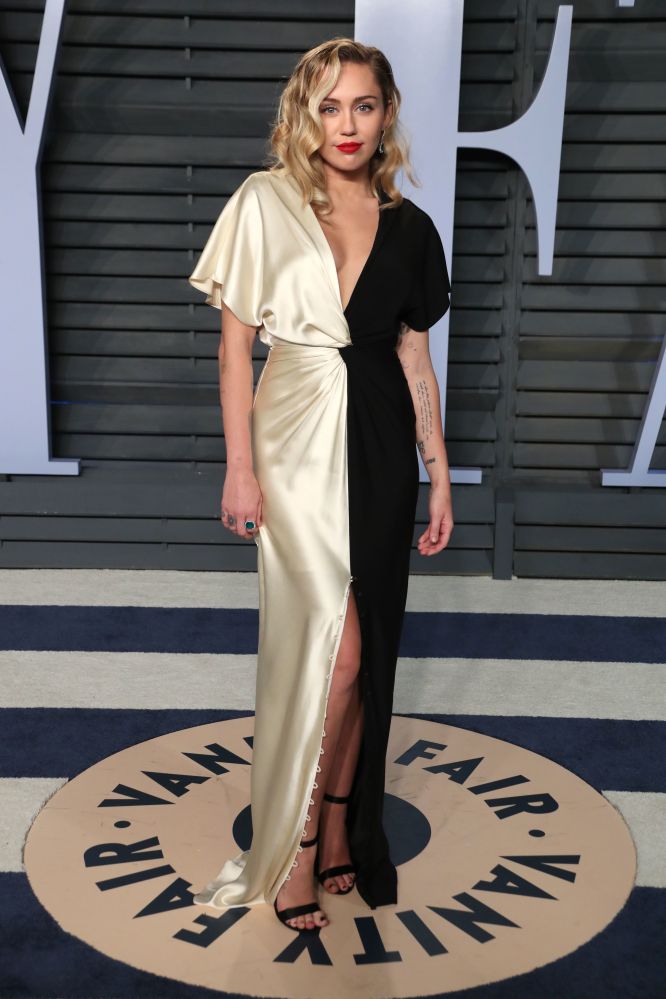 Earlier this month, Cyrus sent fans into a tizzy when she wiped her Instagram clean. Now Star is calling her decision a "twerk purge," and claims it is evidence she has "finally grown out of her party-girl persona." A so-called "source" is quoted as saying, "Miley is embarrassed about how she acted over the past few years and doesn't want any reminders."

The alleged tipster goes on to contend that the deletion of all her posts also has to do with Cyrus' desire to "finally settle down and start a family." Asserts this untraceable insider, "She wants her kids to see her as a singer, actress and activist — not a twerking weirdo in body paint. Her wild child days have come to an end."

But there is a considerable flaw in this theory. If the pop star essentially wanted to hide her past, why didn't she remove everything from her Twitter account, too? Cyrus' Twitter history remains intact, with more than 9,000 tweets viewable. That includes a Twitter post of Cyrus riding a float during a July Fourth party a few weeks ago, as well as a photo posted to Twitter last month of Cyrus sticking her tongue out near Mark Ronson's face. Clearly, then, she's not fixated on only showing a "mature" image, as alleged.

There's another problem with this premise as well. If Cyrus was merely concerned about Instagram posts that emphasized her "party-girl persona," she needn't have deleted every single photo from her page. She could've left the wealth of posts that focused on her pets, her relationship with Liam Hemsworth and her career. But she didn't, and that's because the actual reason Cyrus is opting for a fresh start is to kick start her next round of Instagram promotion for new music.

In an "Entertainment Tonight" story last week about Cyrus deleting everything from her Instagram, it was specifically noted, "She is working on new music and plans to come back with a brand new Instagram, with photos to promote her new music." That has been corroborated by other outlets. Us Weekly reported Cyrus may release new music in August, and stressed that the social media deletion is "just because she's releasing new music next month." It was also pointed out, "Everything on her Instagram is strategic."

Similarly, in a piece about how Cyrus is in a "great place," E! Online reported, "Miley is working on new music and rebranding herself, hence why she deleted her Instagram photos. She is starting the process of a new music project and wants a clean slate." And this move isn't uncommon, either.

Taylor Swift deleted all of her Instagram pictures nearly a year ago, and then used the account to launch her Reputation album. Cyrus appears to be taking a play out of that commonly-used playbook. It should also be noted that time has shown Star and its takes on the performer are not trustworthy. This is the same tabloid that claimed Cyrus and Liam Hemsworth were having relationship trouble more than a year ago. All the while, they remain happily together. Perhaps the magazine should opt for a fresh start, too.

Tom Cruise's daughter Suri begging him to visit her?

George Clooney, Amal NOT getting "$1 billion divorce," despite report