Morgan Freeman is not quitting Hollywood, despite a false tabloid report. Gossip Cop can debunk the bogus story. We're told it's completely inaccurate. 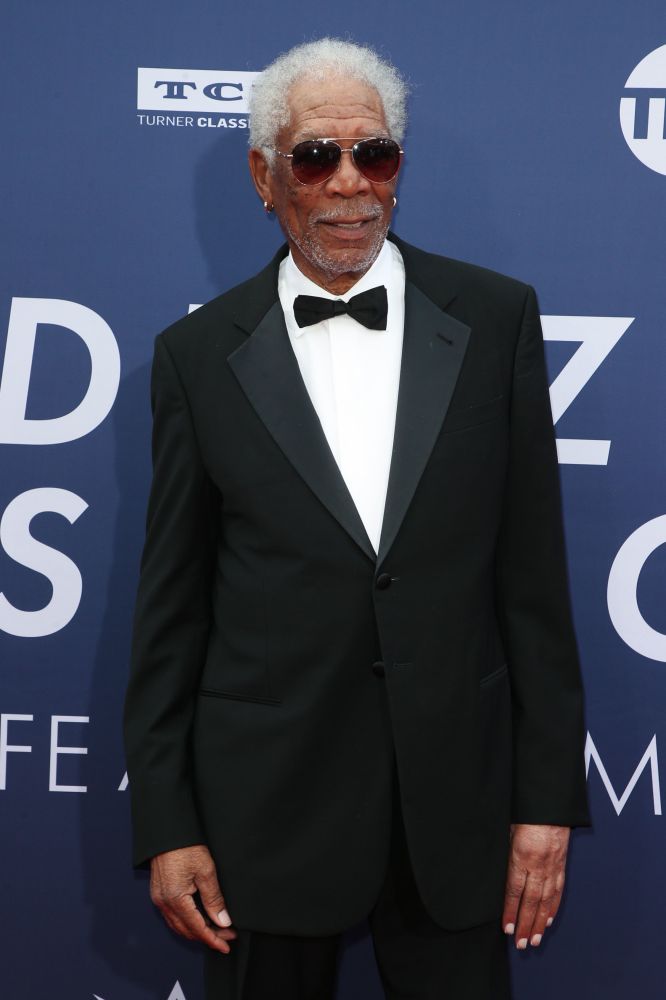 According to the National Enquirer, the legendary actor plans to exit the limelight due to so-called "health woes" and a "desire to escape the scrutiny" that comes with being famous. An alleged insider tells the magazine, "Morgan says it's harder and harder to drag himself onto another film set. He's said the thrill is gone – but the pain and aggravation is not."

The anonymous tipster goes on to say that Freeman is in "constant pain" as the result of a 2008 car accident, adding, "He's in rough shape, but Morgan kept on getting great film offers and he kept on taking them." The supposed source further contends that Freeman's Bucket List co-star Jack Nicholson, who hasn't acted in nearly a decade, has been convincing him to go into retirement.

"Jack's been in retirement for a few years now and he tells Morgan he owes it to himself to just enjoy life without feeling he has to work," adds the questionable insider. The outlet maintains that Freeman's upcoming movie The Comeback Trail will be his final film before he "calls it quits" for good.

The tabloid's report is flat-out wrong. When rumors of Freeman retiring first emerged back in 2014, the actor made it very clear, "I have no intention of retiring now or any time in the next several decades." The actor doubled down on that stance in 2017. When Freeman was asked at press conference if he has any thoughts of retirement, he responded, "That's not even a question." In a subsequent interview, Freeman explained, "I can afford to retire, but now I do it for the fun."

Meanwhile, Freeman opened up about his health on the "Today" show in 2017 shortly after his 80th birthday. The actor noted he still has a ton of energy, which he credits to constantly "keeping busy." Simply put, Freeman doesn't intend to stop working anytime soon, he's not suffering serious health issues and acting hasn't become an "aggravation."

Still, Gossip Cop checked in with the actor's spokesperson, who tells us on the record that the Enquirer's story is completely untrue. Despite what the magazine's unidentified "source" claims, Freeman's own rep confirms he plans to continue acting for a long time to come.

It's worth noting, the outlet has a habit of pushing this phony retirement narrative. Gossip Cop called out the magazine last year for wrongly reporting that Ben Affleck was quitting Hollywood. Shortly before that, the publication falsely claimed Renee Zellweger was leaving the movie business. Neither of those stories panned out and this latest one involving Freeman is similarly baseless.

Lady Gaga's Friends Warning Her Not To Date Bradley Cooper?

Prince Harry Had 'Showdown' With Donald Trump Over Meghan Markle?