Nick Jonas and Priyanka Chopra are not moving in together, despite reports. Gossip Cop can bust an untrue tabloid story that is now spreading online. Their relationship is still relatively casual. 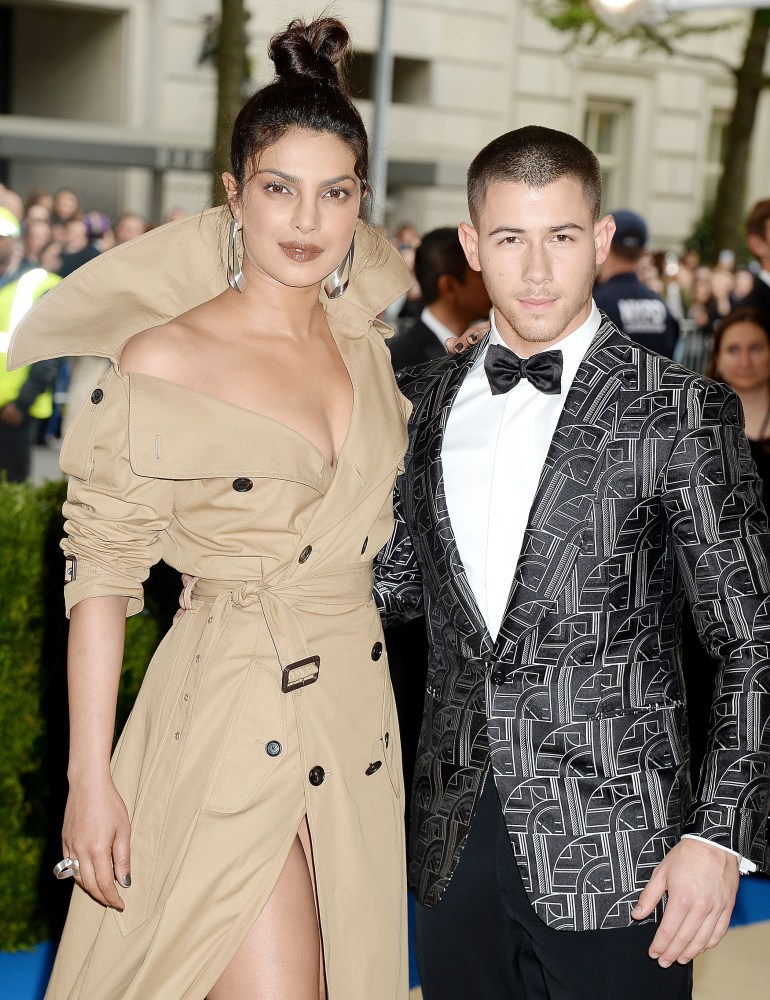 But according to Life & Style, the romance between the singer and the actress is moving fast. In the wake of Jonas taking Chopra as a date to his cousin's wedding, the magazine claims they're "ready for another huge step." A so-called "insider" is quoted as saying, "Nick is telling pals that Priyanka is 'the one,' and he's asked her to move in with him."

Curiously, the outlet doesn't give Chopra's response. Instead, the supposed source goes on to assert that Jonas "loves that Priyanka is older and more mature than his exes." It's further alleged that the pair began dating in "late 2017," and "got serious" following brother Joe's October engagement to Sophie Turner. This timeline, however, is inaccurate, as Jonas and Chopra weren't romantically linked until around Memorial Day Weekend last month, long after Joe became engaged.

In late May, People confirmed Jonas and Chopra were hanging out, but stressed that their dynamic was "very casual." But it seems because they've been seen together a lot, and had the aforementioned wedding date, the tabloid is now trying to fast-track their relationship. A rep for Chopra, though, exclusively tells Gossip Cop on the record that it's "not true" she and Jonas are moving in together.

Unfortunately, some sites like HollywoodLife chose to pick up the print article without bothering to fact-check the claims. The blog even went as far as comparing Jonas and Chopra to Pete Davidson and Ariana Grande, who recently became engaged after just a few weeks of dating. The online publication also repeats the provable falsehood that the new couple "started getting more serious around the same time" as Joe's fall engagement.

It's also worth noting that People has a new interview this week in which Chopra says she wants kids in the next 10 years, but it's pointed out she's "not one to plan too far into the future" and prefers to "live in the today." That's an indication that she isn't making long-term plans with Jonas just yet.

Lastly, Gossip Cop must mention that Life & Style has a documented history of peddling untrue stories about the Jonas brother, including one last year that wrongly claimed he was dating Sara Sampaio. While it's not out of the realm of possibility that Jonas and Chopra are spending overnights at each other's homes, we're told the duo are not yet planning to officially move in together. A rep for Jonas has not responded to a request for comment.

Tom Hanks NOT walking Meg Ryan down the aisle at wedding, despite report

Jennifer Lopez refused to get in pool for music video?

Prince Harry, Meghan Markle marriage on the rocks one month after wedding?