Are Nick Jonas and Priyanka Chopra really planning more wedding receptions? That's the claim in one of this week's tabloids. Gossip Cop looked into the situation and we can set the record straight. 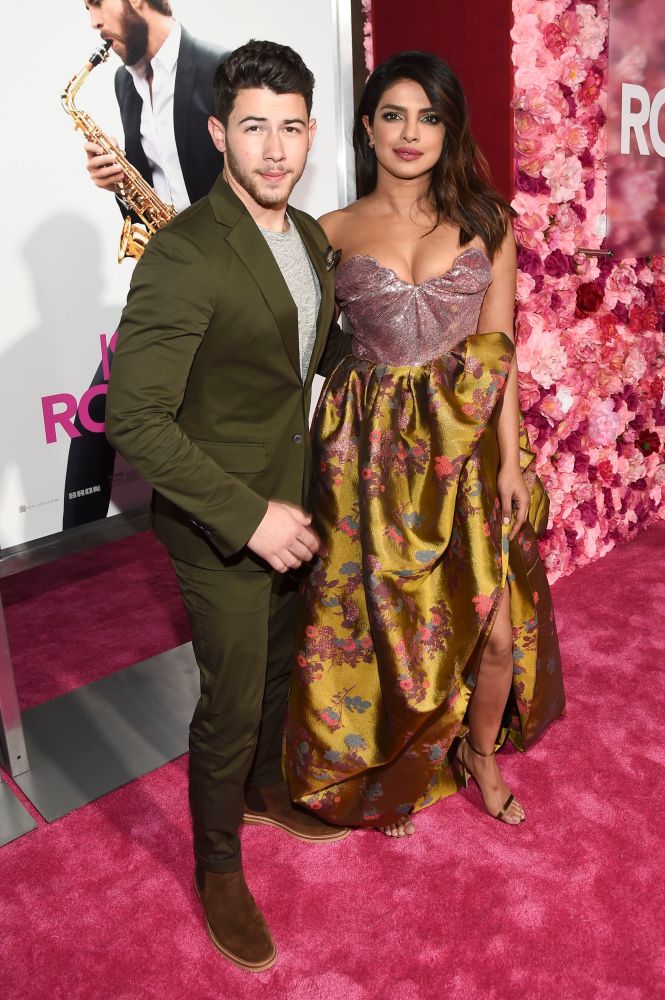 The newlyweds had a number of parties to celebrate their marriage in December, including a traditional Hindu ceremony in Jodhpur, India and a second reception in Mumbai. The couple also had a small reception last month in North Carolina at a restaurant owned by the Jonas family. According to the National Enquirer, the wedding extravaganza is far from over.

A supposed source tells the magazine, "Nick and Priyanka know people are making fun of how many celebrations they've had, but they don't care. And it isn't going to stop them from having even more." The suspicious insider further contends that the musician and the actress are planning at least two more weddings, "one in New York City and another on Long Island."

The tabloid's premise is coming from an unidentified tipster, but Gossip Cop reached out to Chopra's spokesperson, who tells us on the record that it's untrue. The newlyweds aren't having any more wedding celebrations. In fact, earlier this week on James Corden's "Late Late Show," Chopra clarified that she and Jonas really only had "two weddings." The actress explained that the pair had "one western Christian wedding and one Hindu wedding," and the other celebrations were just "pre-rituals." She added, "Indian pre-rituals can go on for like five days. Mine was just two. I was conservative!"

As for the couple's trip to North Carolina, sharing a meal with family and friends after getting married doesn't exactly constitute a "wedding." Regardless, a rep qualified to speak on Chopra's behalf confirms that she and Jonas don't have more nuptials on the way. It's certainly possible the couple will get together with their loved ones again in some capacity, but they're done walking down the aisle.

Meanwhile, the Enquirer has already proven to have little insight into the couple's post-wedding plans. Gossip Cop busted the magazine in December for wrongly reporting that Jonas and Chopra were moving to India. In reality, the newlyweds purchased a home in Beverly Hills.

Last week, the tabloid's sister publication, Star, made up a story about Chopra and Jonas planning to have a baby the same time as his brother Joe and his fiancée Sophie Turner. This latest article about the couple planning more weddings simply isn't accurate.