A tabloid claims the only reason Nicole Kidman is joining Keith Urban as he embarks on his Graffiti U World Tour is to dispel rumors about him cheating on the road. The story is completely ridiculous. Gossip Cop can debunk it. 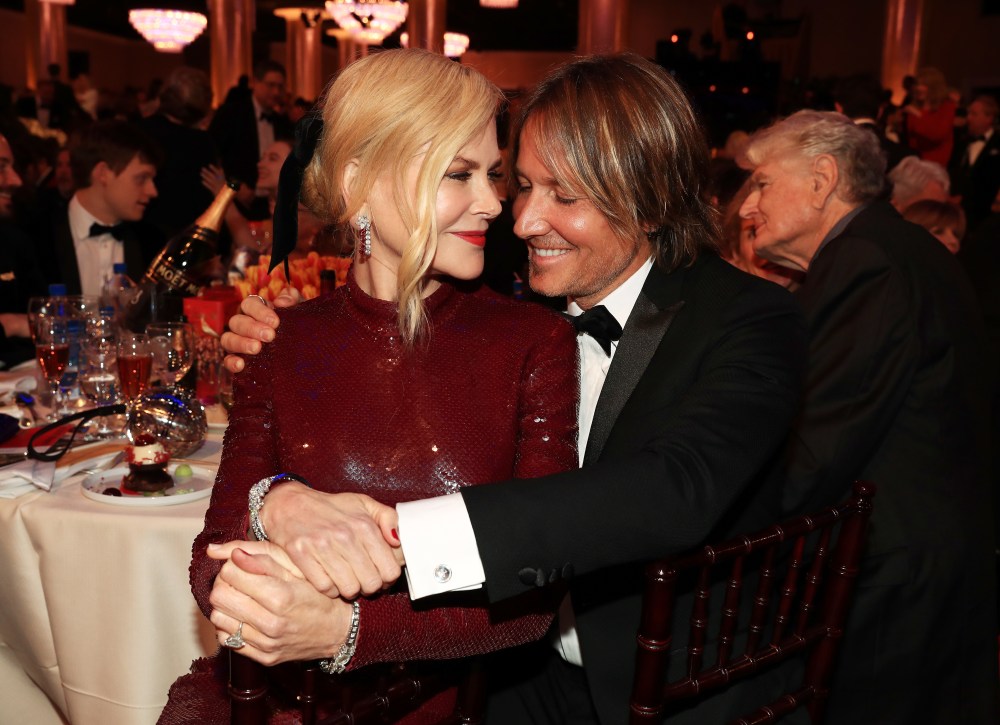 The actress recently revealed that she's going on the road with her husband and their two daughters as he tours Australia and Europe from the end of January through mid-March. According to Woman's Day Australia, the actress isn't accompanying her husband on tour for the sake of spending family time together. Instead, she wants "to make sure past cheating rumors don't come back to haunt them."

An alleged insider tells the magazine, "She wants to quash any whispers about his wandering eye so it doesn't rock their happy marriage boat. If she's with him on tour, she's hoping to put all of those rumors to bed once and for all!" The supposed source adds, "Nicole knows that Keith constantly has fans throwing themselves at him, and even though she totally trusts him, it gets under her skin when people start wondering what's going on between them."

The tabloid's story is based on claims from an anonymous and untraceable tipster, but Gossip Cop reached out to Kidman's spokesperson, who tells us on the record that it's untrue. Despite what the magazine's "insider" claims, a rep qualified to speak on the actress's behalf assures us she's not going on tour with her husband for the purpose of thwarting rumors about their marriage.

A few months ago, Urban addressed false rumors about his marriage, saying that the couple's loved ones already know not to believe what's written about them in the tabloids. "They know. Everybody knows us," he said on "The Kyle and Jackie O" radio show. "I particularly laugh when they go, 'An inside source,' because anyone who's close to us knows how [B.S.] that is."

Meanwhile, Woman's Day has already proven to have zero insight into the couple's marriage. Gossip Cop busted the tabloid last April for falsely claiming that Kidman and Urban were getting a divorce. As time has proven, the happy spouses are still together. Shortly before that, the outlet wrongly reported that Kidman was leaving Urban amid constant fighting. Now that it's become clear the spouses are going strong, the magazine is trying to allege they have an ulterior motive for spending time together. This latest article, like the previous ones, is complete fiction.