One of the tabloids claims Norman Reedus has a bad attitude on the set of "The Walking Dead" because fame has gone to his head. Gossip Cop can debunk the baseless claim. It's simply not true. 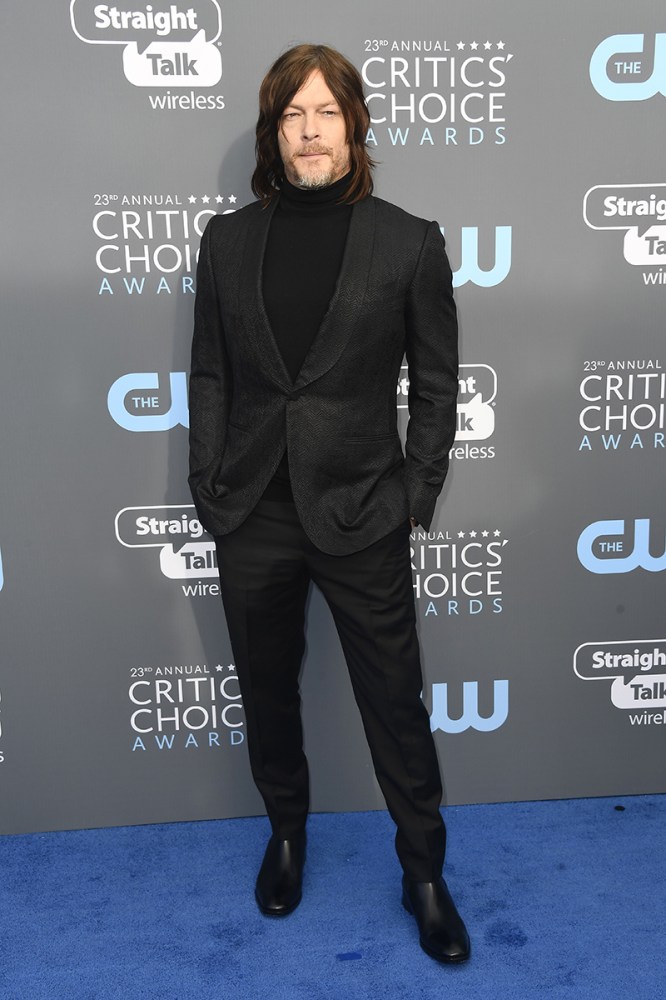 A headline in the latest issue of OK! reads, "Norman's A Walking Nightmare." The accompanying article says the actor's co-stars have started seeing a different side of him now that Andrew Lincoln is leaving the show and he's rumored to become the new leading man.

An alleged insider tells the magazine, "These days, Norman rolls with a much bigger entourage and is distancing himself from other cast members. He also insists on being introduced last, and with a lot of fanfare, when the cast gathers for promotional appearances."

The supposed source adds, "While everyone is happy for Norman's success, they think his attitude sucks. He's not earning himself any fans on set right now." The questionable tipster also maintains that Reedus has "wanted to be the star" of the AMC series "for a long time."

None of this is remotely true. For starters, Reedus' Instagram page is filled with photos of the actor goofing around on set with his "Walking Dead" co-stars and other crew members on the show. There are dozens of pictures of the actor and his colleagues having fun both while shooting the series and traveling to promote it. The idea that the actor has always been eager to replace Lincoln isn't correct either. In reality, Reedus tried to convince Lincoln not to leave the hit series.

Additionally, Reedus said in an interview with Deadline last month that he has no interest in becoming the show's new leading man. "As soon as the news was out that [Lincoln] was leaving, the Internet was like, oh, [I'm] going to be the new [lead], but that's not the case," said the actor. "[Lincoln] was number one on the call sheet. I was number 20. I'm still number 20. I want to stay number 20." The actor went on to note there are always false rumors about the show on the Internet, but he's still going to "play the character like I've played it."

In addition to all of the evidence disproving the tabloid's premise, Gossip Cop also checked in with a source involved in the production of "The Walking Dead," and we're assured there's no truth to it. It seems OK! just wanted to create behind-the-scenes drama to capitalize on Lincoln's exit from the series. It's clear that Reedus is close with his co-stars and not gunning to become the new star of the show.

Justin Timberlake Spoiling Jessica Biel With Gifts Out Of Guilt For Being Less Involved In Son's Life?

Gwyneth Paltrow Did NOT Have Plastic Surgery Before Wedding, Despite Reports