Is Pete Davidson refusing help from "Saturday Night Live" castmates in favor of partying with Machine Gun Kelly? That's the premise behind an article in one of this week's celebrity magazines. Gossip Cop, however, can correct the inaccurate report. 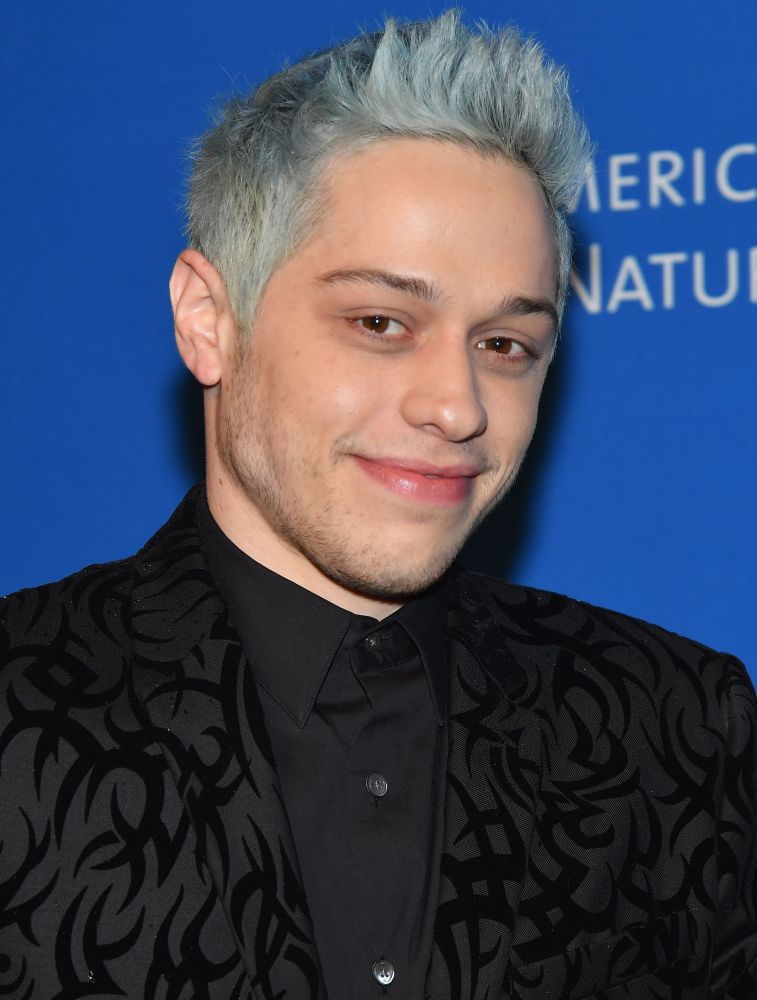 According to the National Enquirer, Davidson has chosen "partying over therapy." A so-called "source" is quoted by the supermarket tabloid as saying, "After Pete's suicidal posts on social media, several 'SNL' castmates offered to help him get treatment. But instead he's been hanging out with his rapper pal Machine Gun Kelly." "Pete's acting like his frightening posts never happened," adds the often disproven outlet's alleged tipster.

Not to nitpick, but there was only one alarming message on Instagram, which has since been deleted, and not several "suicidal posts," as the magazine exaggerates. And if the publication followed that sad saga, it would know Kelly, who is Davidson's co-star in the Sundance-bound film Big Time Adolescence, immediately rushed to the "Saturday Night Live" cast member's side to comfort him, not party. Kelly tweeted on that scary mid-December day, "im in the plane now on the way to see Pete. gonna make sure he's good, i promise." The singer added, "can't have my boy in the darkness like that."

While it appears three weeks later Davidson and Machine Gun Kelly enjoyed a joint at a Golden Globes afterparty, thrown by InStyle and Warner Bros., there have been no reports about the two out-of-control "partying." And the "SNL" star has not been "acting like his frightening posts never happened." He's simply focusing on the positive, Gossip Cop is told by a staffer at the sketch comedy show.

Additionally Davidson, who has been open about his mental health struggles and therapy, has recently been photographed in better spirits. Last Saturday in Denver, Davidson was pictured smiling at a basketball game with Machine Gun Kelly. And Judd Apatow posted a photo on Instagram of himself with Davidson, looking happy backstage at an event in Los Angeles on Wednesday for the HBO show "Crashing."

And contrary to the claim that he's dismissed the offer of help from "SNL" castmates, an impeccable source involved in the show's production assures Gossip Cop the tabloid's take is "not true." We're told performers, writers, and the crew of "Saturday Night Live" have been squarely in Davidson's corner. It was even widely reported "SNL" boss Lorne Michael has offered to help Davidson in any way he can.

It bears mentioning the Enquirer hasn't been entirely reliable when it comes to articles about "Saturday Night Live" and its cast members. A good 15 months ago, Gossip Cop busted the outlet when it wrongly asserted "SNL" head writer and "Weekend Update" anchor Colin Jost and his girlfriend Scarlett Johansson were "rushing to the altar." The magazine also published an inaccurate story about Ben Affleck annoying the "SNL" cast with tips on how to improve the show. Much like those tales, the latest one about Davidson refusing help from his colleagues to instead party with Machine Gun Kelly is similarly untrue.