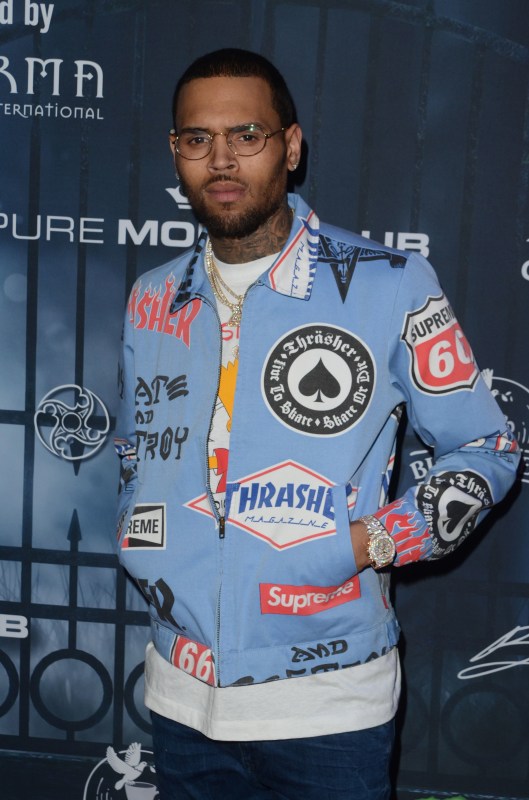 Chris Brown was reportedly kicked out of a New York City gym for disruptive behavior.

According to a report, Brown and an entourage were on the basketball court at Manhattan's Life Time Athletic facility when the incident went down. Instead of simply playing a game of basketball, the singer was allegedly playing music loudly, trash-talking, and swearing with his friends. Complaints from other gym goers at the club led a female manager to confront Brown and his group.

TMZ says Brown did not take too kindly to this, and "went ballistic, screaming and swearing at the woman." He and his pals were subsequently ordered to leave, after which Brown allegedly spit at a door on his way out. Gossip Cop reached out to Life Time Athletic, but a manager was not available to comment.

Brown spent the last few days engaged in a feud with Soulja Boy. The pair's exchanges on social media — in tweets, Instagram captions, and videos — were filled with expletives and insults as they warred over Karrueche Tran, their respective levels of fame, and even Brown's daughter, Royalty. At one point, Soulja Boy actually apologized and offered to collaborate on music, but now the two are planning to fight it out in a boxing ring. Probably safe to say the match won't be taking place at Life Time Athletic.

Paris Jackson NOT Engaged, Despite Report