Ground control to Planet Kanye: Here's Yeezy and his new ladyfriend leaving the Narciso Rodriguez fashion Show afterparty at the Penthouse in Gramercy Hotel in Manhattan.

Paris Hilton arrives at Bar De Luxe in Hollywood, and wonders how to get to the pink cartoon speakeasy.

Mario Lopez at the SilverSpoon Gifting Experience, presumably right before he was tackled by an army of single ladies.

AnnaLynne McCord's bare back brings the house down at the world premiere of her new movie "Fired Up!"

Mischa Barton, wishing she had not left her piano tie at home, poses backstage at the G Star Fall 2009 fashion show.

Heather Graham attends the Global Green USA's 6th Annual Pre-Oscar Party in Hollywood. She may be a stranger, but we'd definitely get into her van.

Angelina Jolie keeps warm in New York City with the help of a long North Face down jacket and the heat of paparazzi flashbulbs.

Joel Madden hung out with us at the Children Mending Hearts Gala Benefiting the International Medical Corps Relief Efforts in the Congo.

It isn't Fashion Week if Ice-T and his wife Coco aren't around. Here they are at LuxuryFashion.com's 'Faces Of Fashion Week' soiree at RDV in New York City.

Audrina Partridge shows off some new shoes at the launch of Fila's fall collection.

Ludacris performs (or was he making fun of us?) at LAX Nightclub at The Luxor Resort in Las Vegas, Nevada.

Rachel Bilson was ready to do serious business in a pantsuit at the Zac Posen Fall 2009 show during Mercedes-Benz Fashion Week at The Tent in Bryant Park in New York City.

Older guys from the block Danny Wood, Donnie Wahlberg, Jordan Knight, Joey McIntyre and Jonathan Knight are pictured at a portrait unveiling at The Palm Restaurant in New York City.

Jamie-Lynn Sigler, Mena Suvari and Tori Spelling try to contain their laughter while attending the Rebecca Taylor fashion show at the Salon on February 19th in New York City.

Nicole Richie looks adorable with her bundled up baby Harlow at the Chelsea Piers complex in New York City.

Bono, who went heavy on the guyliner, and his U2 band mates arrive for rehearsals at the 2009 Brit Awards. 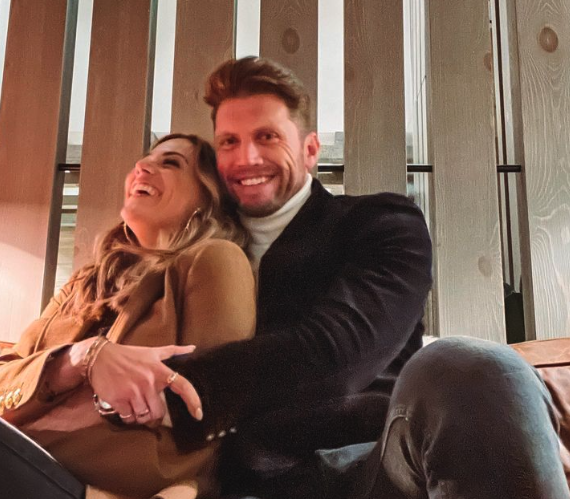