Priyanka Chopra and Nick Jonas are not planning their own reality show, despite a made-up tabloid report. Gossip Cop can exclusively debunk the story. We've learned there's no truth to it. 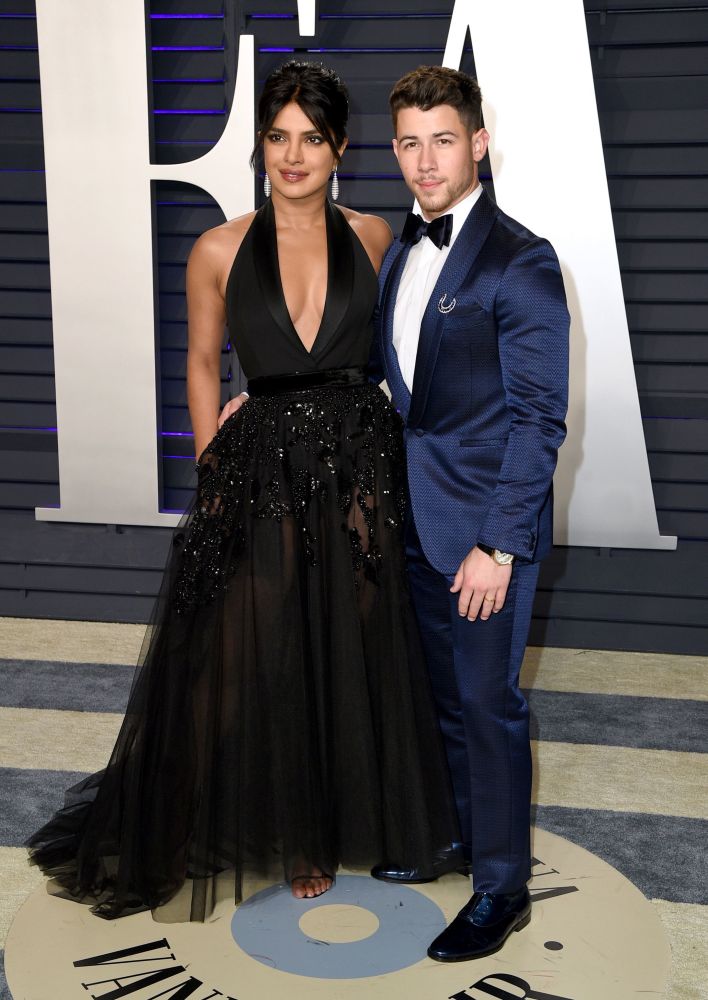 "Nick & Priyanka: The Series" reads a headline in the latest issue of the National Enquirer. The accompanying article quotes a supposed source as saying, "Nick and Priyanka have been sharing lots of details about their life together on social media and are in talks about doing a reality show." The alleged insider adds, "At first, Nick wasn't sure about sharing so much of his private life, but now he's fully in. He and Priyanka are close to signing a deal, and executives expect these two to be bigger than Kim and Kanye!"

Despite maintaining that the newlyweds are "close to signing a deal," the outlet doesn't bother to mention which network will be airing their supposed series. If contracts were truly underway, one would think the tabloid would have more insight into what's going on behind the scenes and exactly who's involved. Instead, the magazine's story is vague and includes zero evidence indicating that the actress and the singer are in talks for a TV show.

The tabloid's phony report is also based on claims from an anonymous and seemingly imaginary "insider," but Gossip Cop checked in with Chopra's own spokesperson, who tells us on the record that it's false. The actress's rep, who's qualified to speak on her behalf, confirms she's not planning a reality show with her husband.

When it comes to the newlyweds, Gossip Cop keeps catching the Enquirer publishing fictional storylines that never pan out. Last month, for instance, we busted the tabloid for wrongly reporting that Chopra and Jonas were planning more wedding receptions. The story was concocted because the spouses held a number of ceremonies in December and January to celebrate their marriage, but they haven't had any additional ones in the time since we debunked last month's article.

Also, shortly after the couple's wedding in December, Gossip Cop called out the magazine for falsely claiming Chopra and Jonas were moving to her native country of India. That hasn't happened. The newlyweds currently live in Los Angeles. The outlet's track record is quite poor when it comes to reporting accurate information about the couple. This latest article surrounding a nonexistent reality show can be added to the list of narratives that won't come to fruition.

Bradley Cooper Pushed Aside By Lady Gaga For Jeremy Renner?

Katie Holmes 'Single' And 'Broke,' Moving Back In With Parents?