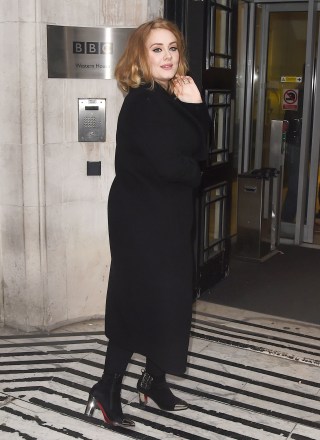 Raised on her father's favorite blues music, the Spice Girls (her favorite childhood band) and The Cure (her first concert), Adele started attending the BRIT School for Performing Arts, the high school that turned out Amy Winehouse, Jessie J and Leona Lewis, in 2002. Four years later, a friend uploaded three songs she recorded for a class project to MySpace which led to her becoming an Internet sensation and getting signed to XL Records. Her 2008 debut, 19, named after the age at which she recorded it, earned her two Grammys including best female pop vocal performance for "Chasing Pavements." The best new artist avoided the sophomore slump in 2011 with 21 and its hit singles "Rolling In The Deep," "Rumour Has It" and "Set Fire To The Rain." After cancelling her tour thanks to damaged vocal cords and undergoing throat surgery, she nailed her first post-surgery performance at the 2012 Grammys and won six more trophies to boot including album of the year.  But it wasn't until later that year that the singer collected her biggest prize yet — her first child. Angelo, her son with British philanthropist beau Simon Konecki, was born Oct. 2012. By the following year, she was back to making due with golden trinkets. She scored another Grammy, a best song Golden Globe for "Skyfall" and a Best Original Song Oscar for the same James Bond theme.