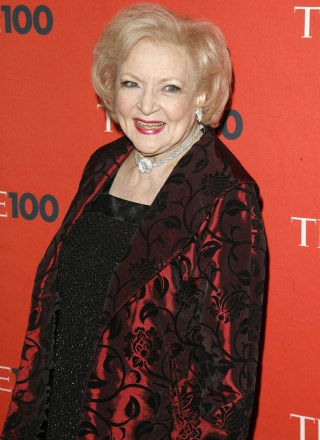 Betty White is the queen of the comeback. She got her start in the '50s a an assistant at a local television station and worked her way up to writing, acting and producing a show called "Life With Elizabeth." She was a favorite booking of "Tonight Show" host Jack Paar, a frequent guest star in popular shows like "Petticoat Junction" and The United States Steel Hour" and made such regular appearances on "Password" that she met her third husband/self-proclaimed love of her life Allen Ludden on it in 1961. Her first big break was playing sarcastic, sexy Sue Ann Nivens for TK years on "The Mary Tyler Moore Show." She won two Emmy Awards for the groundbreaking sitcom. She is the last living "Golden Girl" from the seven-season '80s smash that earned her another Emmy. She spent much of the '90s and early 2000s as a guest star on shows like "Boston Legal" or "The Bold And The Beautiful." Playing herself on "The John Larroquette Show" garnered her another Emmy in 1996.  A small role in "The Proposal" with Sandra Bullock in 2009 and a humorous 2010 Super Bowl candy commercial jumpstarted another career boon and led to her current sitcom "Hot In Cleveland," a hidden-camera show (which nabbed her another Emmy) and her becoming the oldest "Saturday Night Live" host. She is a dedicated animal activist and has written four books.