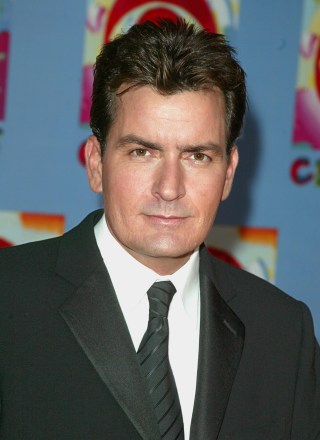 Share Tweet Pin Email
As the third of actor Martin Sheen's children and brother of brat packer Emilio Estevez, the king of second chances grew up living the charmed life in Malibu. His first film appearances were alongside dad in "Badlands" and "Apocalypse Now" before he could legally drive. It wasn't long before he dropped out, became a teen dad with to daughter Cassandra and starred in a string of blockbusters including Red Dawn (1984), Platoon ('86), Wall Street ('87), Young Guns ('88), Major League ('89), Hot Shots ('91) and The Three Musketeers ('93). It didn't take long for "The Machine" to deadfall from the top. The '90s were a blur of porn star girlfriends and prostitutes (He spent $53,000 in 15 months with Madam Heidi Fleiss.), epic partying, failed engagements (Kelly Preston ended things after being accidentally shot.) and marriages, legal troubles (no contest to battery of model Brittany Ashland), and stints in rehab (including a court-ordered lockdown detox after a drug overdose). His first comeback came in 2000 when he took over for Michael J. Fox on Spin City, a gig that earned him a Golden Globe in 2002, the same year he married Denise Richards. In 2003, he moved on to Two and a Half Men, becoming the highest-paid TV actor by season 8. After having two daughters, Richards divorced Sheen in 2005 claiming he gambled and abused pills. By 2009, he was remarried to Brooke Mueller and father to twin boys, but that relationship ends in misdemeanor assault charges, a return to partying and hookers and another bitter custody battle. By 2011, the personal troubles seeped into the professional, resulting in public attacks on his Men bosses, his firing, lawsuits and a tour to capitalize on his Twitter notoriety and "winning" catchphrases. Claiming to be cured again, Sheen returned to TV in 2012 with Anger Management.