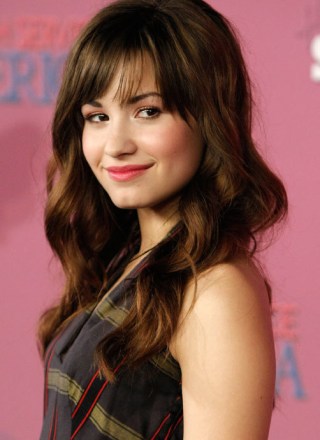 Long before she rocked purple hair, Demi Lovato rocked out with the world's most famous purple dinosaur. She spent two seasons alongside her childhood best friend Selena Gomez in the late 1990s on "Barney & Friends." Like Gomez, she eventually moved on to entertaining tweens on the Disney Channel. She started with shorts between shows, moved on to the 2008 Jonas Brothers vehicle "Camp Rock," and in 2009 got her own series, "Sonny With a Chance," and did "Princess Protection Program" with Gomez. In 2008, she released her first CD, Don't Forget, which featured the Jo Bros. After months of speculation, she admitted to dating Joe Jonas in early 2010, but they were over by May despite still being on tour together. After a fight with a dancer on the road that November, she pulled out of the tour, checked into a treatment center, had a nervous breakdown, fought an addiction to cutting and anorexia/bulimia, and was diagnosed with bipolar disorder. She has since also come clean about her drug and alcohol abuse. Eight months after release in 2011, she put out her third record, Unbroken and successful single "Skyscraper" while rebounding romantically with Wilmer Valderrama, 12 years her senior. She spent 2012 judging and mentoring young hopefuls on Fox's "X Factor." In 2013, she released a self-help book called "Staying Strong 365 Days A Year."