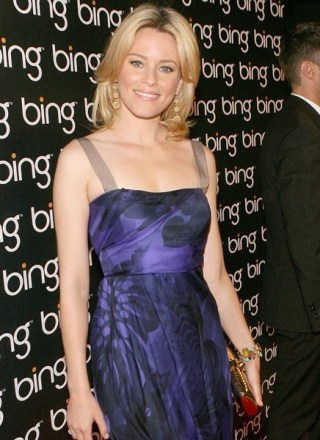 Fans of Elizabeth Banks have her childhood bang-up on the baseball field to thank for the many memorable characters she has added to the pop culture pantheon. After breaking her leg sliding into third base, the athlete turned to the theater for her teamwork fix eventually continuing her studies at the University of Pennsylvania, where she graduated magna cum laude, and the American Conservatory Theater in San Francisco, where she earned an MFA. After relocating to New York, she slogged through endless guest and small parts in TV shows and movies like "Sex And The City," "All My Children," "Third Watch," and "Shaft." After she changed her name in order to not be confused with Elizabeth Mitchell of "Lost" fame, she moved to LA and the roles she scored grew bigger and better. She's in three "Spider-Man" films, "Catch Me If You Can," "The 40-Year-Old Virgin," "W" as Laura Bush, "Role Models" and "Pitch Perfect" (which she also produced through her company Brownstone). Banks, nominated for Emmys in 2011 and 2012, had memorable multi-season roles on "Scrubs" and "30 Rock" before bringing the flashy and smug EffieTrinket to life in "The Hunger Games" adaptations. She married Max Handelman in 2003 although they had been together since meeting on her first day of college. They have two sons Magnus and Felix, both born via gestational surrogate.