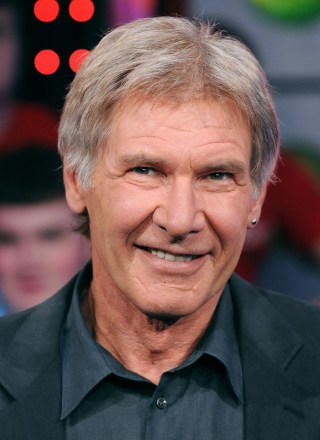 It is hard to believe that the man who would become Han Solo, Indiana Jones, Jack Ryan and Blade Runner was targeted by bullies as a child and was a member of a model train club. After graduating in 1960, Harrison Ford studied English and philosophy at Ripon College in Wisconsin, which is where he fell in love with acting, but failed to complete his courses. He moved to Hollywood in the mid-'60s and became a contract player at Columbia and Universal. His 1966 film debut, "Dead Heat on a Merry-Go-Round," prompted one executive to tell him that he'd never make it in the business. Frustrated, he became a carpenter, which put him in George Lucas' path. Lucas gave him an "American Graffiti" gig in 1973 and then his iconic "Star Wars" part in 1977. Indy furthered his rise as one of the most reliable and bankable names of the '80s and '90s. He tackled drama, action and romantic comedies like "The Mosquito Coast," "Working Girl," "Witness" (which earned him an Oscar nod), "Air Force One," "The Fugitive" and "What Lies Beneath." He married college sweetie wife Mary Marquardt (1964-1979) and they have two sons. He had two children with his second wife, screenwriter Melissa Mathison. They were married in 1983 and separated in 2001 although the divorce was not finalized until 2004. He had already moved on with Calista Flockhart in 2002 and she became wife no. 3 in 2010.