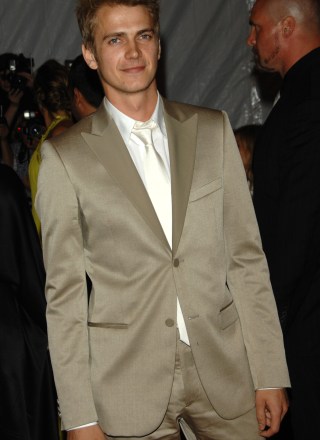 Share Tweet Pin Email
After tagging along to his trampoline champion sister's agent meetings put the idea in his head and a chance encounter landed him a Pringles commercial at 8, Hayden Christensen decided to pursue acting for a living. He started out with small roles, usually limited to one or two episodes, in TV shows for tweens and teens like Goosebumps, All I Wanna Do, Forever Knight, and Are You Afraid of The Dark. He moved up to full-season work on Higher Ground and the big screen in The Virgin Suicides. His touching work as a misanthropic teen opposite Kevin Kline in 2001's Life As A House left him with a fractured hand (a scene required him to hit a wall), a Golden Globe nomination, a National Board of Review Breakthrough Performance win and the attention of George Lucas, who cast the Canadian charmer as Anakin Skywalker/Darth Vader in Star Wars Episodes II and III over higher-profile options like Leonardo Dicaprio. His fame skyrocketed overnight allowing him to line up buzzworthy films like Shattered Glass, Factory Girl and Jumper. On the latter's set, the Louis Vuitton model and face of Lacoste cologne met his on-again, off-again girlfriend and one-time fiancée Rachel Bilson. The force is currently strong between the couple and Christensen, who competed alongside his siblings in the hardcore Eco-Challenge: Fiji Islands race in 2003, is in pre-production on no less than three films including a conspiracy thriller from Simon Wells called The Diplomat.