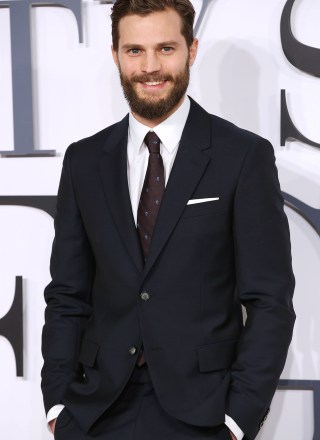 There was a time when Jamie Dornan was best known for being Keira Knightley's beau and for how he looked in his underwear thanks to his stint as a Calvin Klein model. While both he and Knightley have moved on — he married "Quills" actress Amelia Warner in April 2013 and they welcomed a daughter the following November — he's still turning heads in his trunks thanks to taking on the controversial role of S&M enthusiast Christian Grey in the adaptation of "Fifty Shades of Grey." He has also made waves with his clothes on as a serial killer in the Irish hit "The Fall," as the huntsman/sheriff in "Once Upon A Time" and as a count in "Marie Antoinette." Looks like dropping out of University of Teesside in Middlesbrough, England, to pursue modeling wasn't the worst idea he's ever had. He also fancies himself a musician. He started a folk band, Sons of Jim, and a label, Doorstep Records, with a mate from college.