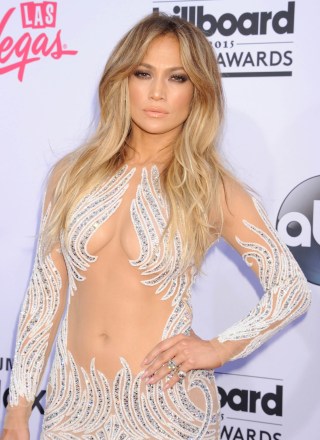 Share Tweet Pin Email
Jennifer Lopez has mastered being a multi-hyphenate. She started as a dancer, first in a musical in Japan run and then as a Fly Girl on early '90s sketch show "In Living Color." By that decade's end, she moved on to acting on both small screens ("South Central." "Second Chances") and big ("Money Train," "U-Turn," "Selena," "Out Of Sight"). She crossed over to music in 1999 with the release of On The 6, which contains five hit singles including the triple platinum "If You Had My Love." By 2001, she was the highest paid Latina actress and the first person to have a No. 1 album (J. Lo) and No. 1 film ("The Wedding Planner") simultaneously. Jenny From the Block created a fashion label, launched perfume and cosmetic lines, owned Madre restaurant, served as New York's Puerto Rican Day parade grand marshal, judged on "American Idol" and started a production company all while still acting ("The Back-Up Plan"), recording (including a Spanish-language album) and touring. She also loves big. She came close to marriage with Sean "Diddy" Combs (1999-2001) and Ben Affleck (2002-2004) and went through with it three times and counting with Ojani Noa (1997-98), Cris Judd (2001-2002) and Marc Anthony (2004 to 2012). In 2008, she added parent to her resume when she gave birth to twins Max and Emme. After divorcing Anthony, she moved in with dancer Casper Smart, 18 years her junior, but that coupling fell apart in June 2014.