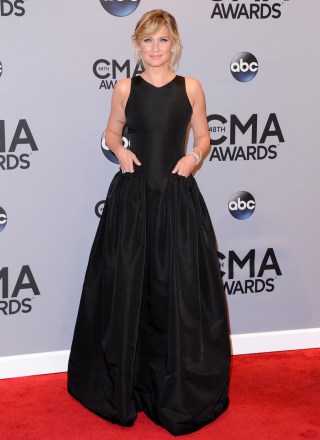 Jennifer Nettles, one of country's current queens, learned to play piano, started writing songs and performed with her church as a child. While in college, she formed the duo Soul Miner's Daughter with Cory Jones. Then in 1998, The Jennifer Nettles Band was born and she earned a spot on the 1999 Lilith Fair roster. In 2000, she released a folk alternative album called Story Of Your Bones. In 2003, she joined forces with other Atlanta music notable Kristen Hall and Kristian Bush to create country outfit Sugarland. They signed to Mercury Nashville the same year and released Twice The Speed Of Life and their first hit single "Baby Girl" the following year. In 2005, they won an ACM Award for Top New Duo or Group. Hall left the group in 2006, but the other two continued on, touring with Kenny Chesney and releasing Enjoy The Ride. That CD contained crossover hit "Stay," which won an ACM Song Of The Year, the first winner ever penned by a woman solo. Sugarland won a 2009 Grammy Award for Best Country Song and ACM Vocal Duo of the Year award. The "Stuck Like Glue" singer put out a solo album in 2014. She is married to former model Justin Miller, with whom she has son Magnus (b. 12/2012).