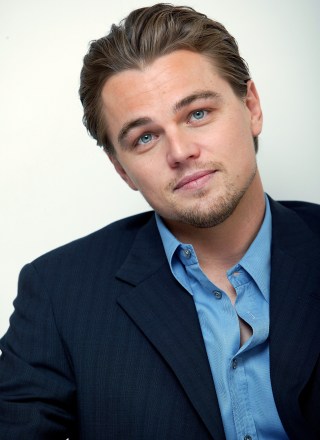 Considering he was fired at 3 from his first gig on "Romper Room," Leonardo DiCaprio has turned his career around. He started in commercials at 14, made his film debut in "Critters 3" and landed a recurring role on "Growing Pains" in 1991. By 1997, he'd worked with Robert DeNiro twice, earned Oscar and Golden Globe nominations for "What's Eating Gilbert Grape," reimagined Romeo, nabbed the cover of People's 50 Most Beautiful and made boat bows both steamy and silly (Who hasn't shouted "I'm king of the world?") in one of the most successful films of all time, "Titanic." The film won 11 Oscars, but the heartthrob was snubbed and took a two-year hiatus to let the fandemonium die down. Since 2002, he has turned in one stellar performance after another — "Gangs Of New York," "Catch Me If You Can," "The Aviator" (Oscar Best Actor nod), "The Departed," "Blood Diamond" (Best Actor nod), "Inception" and "Django Unchained" (Golden Globe nomination). He's known for legendary partying in his twenties with the "Pussy Posse" which included best buds Tobey Maguire and magician David Blaine, his dedication to being green and fighting for environmental causes and the epic ferocity with which he keeps his love life private. His list of ex-girlfriends (Gisele Bundchen, Bar Refaeli, Blake Lively) reads like People's Most Beautiful issue. His current rumored flame is model Toni Garrn, 18 years his junior.