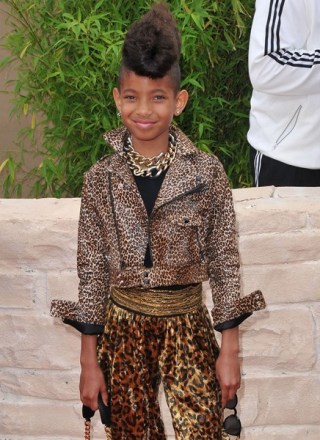 Practically raised on locations, studio lots and stages, this blockbuster baby of actor/rapper Will Smith and Jada Pinkett-Smith drank the family Kool-Aid about show business, getting her start at the tender age of 7 alongside her dad in his sci-fi vehicle I Am Legend. But despite being the lead's little lady, she had to audition. Her second foray was in 2008's "Kitt Kittredge: An American Girl." Next she went to work with her mom, lending her voice to two installments in the animated "Madagascar" franchise. The fresh princess also inherited her parents' desire to climb the music charts as well. Allegedly she was signed to the Roc Nation family by Jay-Z on the strength of the single "Whip My Hair" without Hova realizing whose kin she was.  The song peaked at No. 11 on the Billboard Hot 100. Justin Bieber's European tour opener followed it up with more hip-pop songs including "21st Century Girl," "I Am Me" and "Summer Fling." (The accompanying video for the latter stirred up a tiny bit of controversy for being "racy.")