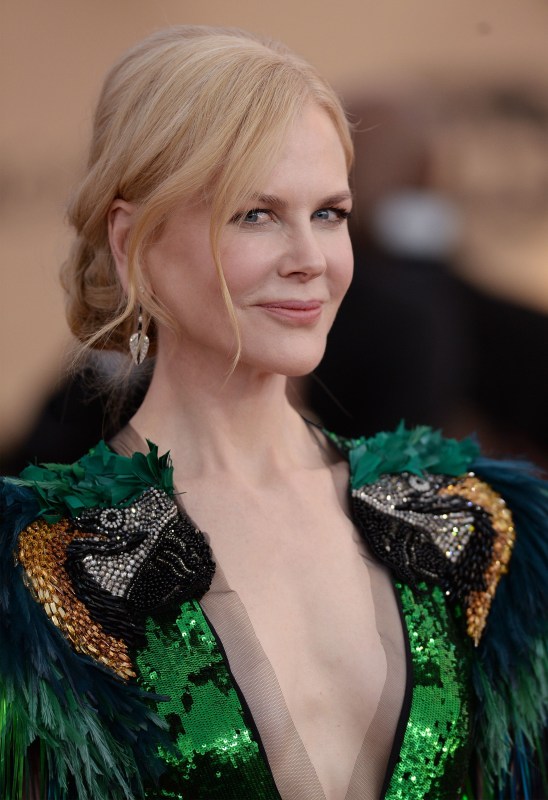 Nicole Kidman is NOT writing a tell-all book, despite a new tabloid cover story. Gossip Cop can correct the report.

The new cover of Star falsely announces, "Nicole's $8 Million Tell All!" It's teased inside the issue, "Her shocking split from Tom Cruise, her rough patch with Keith and everything in between — that would be one heck of a read." It probably would be, but the actual story is filled with nothing but speculation.

The magazine has no proof whatsoever that Kidman is writing any such book. That's why the article consists of suppositions and theories. "There's never been a better time for the superstar to finally consider coming clean," asserts the outlet. A so-called "source" is quoted as saying, "Nicole is famous for fiercely guarding her privacy. But I can guarantee you that if she was willing to write a real "tell-all" biography — that includes opening up about her divorce from Tom Cruise – she'd be able to get $8 million from a publisher."

And that's why Star declares "Nicole's $8 Million Tell All" on its cover, even though no such project is actually in the works. It's a bait-and-switch. The publication resorts to filling up the rests of its pages with guesses on the topics a memoir might include, like "The Real Reason Tom Divorced Nicole," & "Nicole's Many Lovers – And Secret Fiance" "Why She Almost Left Keith At The Altar," "Her Life As A Mom," and "Those Plastic Surgery Rumors." Throughout the article, "sources" and "insiders" are cited as saying again and again how interesting it would be for Kidman to open up.

But despite what the tabloid wants readers to believe, she's not going to. And Gossip Cop already busted another gossip magazine, In Touch, for wrongly claiming just last month that Kidman was going to write a book about Cruise as part of her autobiography. The allegation was "pure crap," her reps exclusively told Gossip Cop at the time, and this new cover story is, too.