The "Queer Eye" guys are not helping Justin Theroux find love after his split from Jennifer Aniston, despite a report. Gossip Cop can correct this untrue claim. We can also explain how it originated. 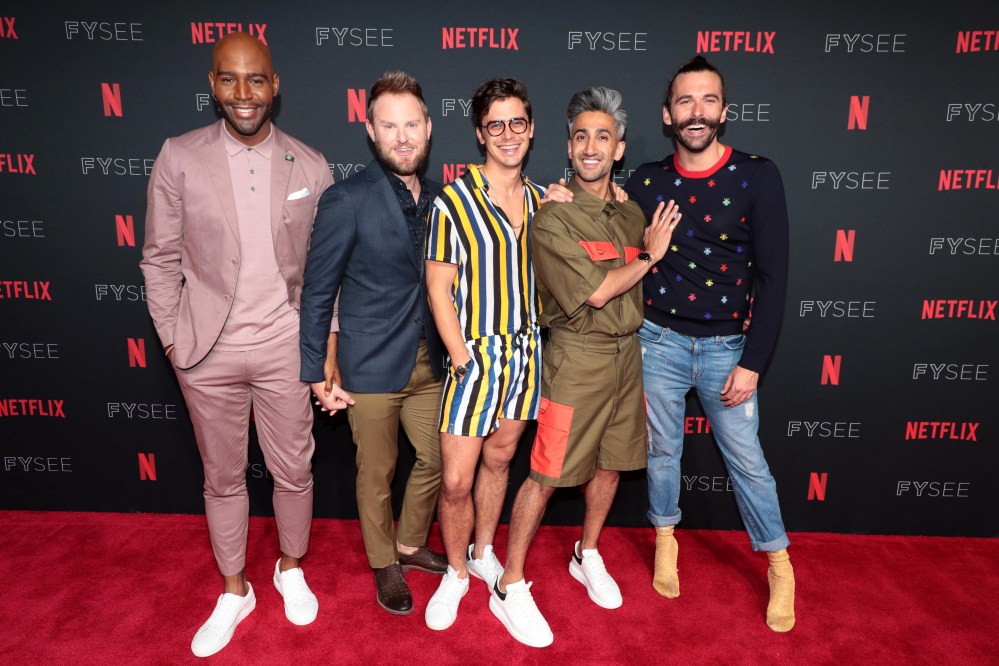 "Justin Theroux Had Some Very Special Guys Helping Him Find Love After Jennifer Aniston Divorce," reads a factually-inaccurate headline from Celebrity Insider. There has not been any "divorce" between the actor and the "Friends" star. Aniston and Theroux announced their separation in February, but neither has taken any legal action. Still, the ill-informed site claims, "Justin Theroux is going through a post-divorce makeover thanks to some new friends." Again, there was no "divorce."

The blog goes on to assert that "Jonathan Van Ness and the rest of the cast from 'Queer Eye'" are helping Theroux change his lifestyle. A so-called "insider" is quoted as saying, "Justin's hanging out with these guys, and even though he's not gay, he finds them amusing company… Jonathan convinced him he needed a glam-over." The website then offers quote after quote, but never admits that all of the quotations are plagiarized.

The statements, attributed to an "insider" and a "source," are all taken from a RadarOnline piece that was published last Thursday. That unsubstantiated article was headlined, "Glam Squad! 'Queer Eye's Fab Five Giving Justin Theroux Post-Divorce Makeover." Nowhere does Celebrity Insider give credit to the original article. Even the conclusions are nearly identical, with one poorly paraphrasing the other (see screengrabs below).

But there is one significant difference between the two stories: Radar never said anything about Van Ness and his co-stars helping Theroux "find love." This angle is unique to Celebrity Insider, which has nothing to back it up. In fact, that claim appears solely in the online publication's headline, and nowhere in its actual article. Perhaps the site couldn't find proof to support it because it isn't true, a rep for Theroux confirms to Gossip Cop.

There is no disputing Theroux and the "Fab Five" have a bromance of sorts. Both sides have said as much. But Van Ness himself also recently said that he and his crew don't need to guide Theroux in any way. "[He] really doesn't need so much advice," the hairstylist told "Entertainment Tonight" in an interview published on Monday. That goes against the premise of both stories.

Celebrity Insider also doesn't address how this "post-divorce" narrative jives with its speculation from a few days ago about Theroux and Aniston getting back together. That similarly false storyline was also stolen from elsewhere. This copy-and-paste website clearly shouldn't be trusted.

Jennifer Aniston, Justin Theroux NOT In "Nastiest Divorce Ever," Despite Report