Is Reese Witherspoon having marriage problems? According to a new report, there's "strain" and "cracks" in her relationship with Jim Toth. Gossip Cop, however, can debunk the story. 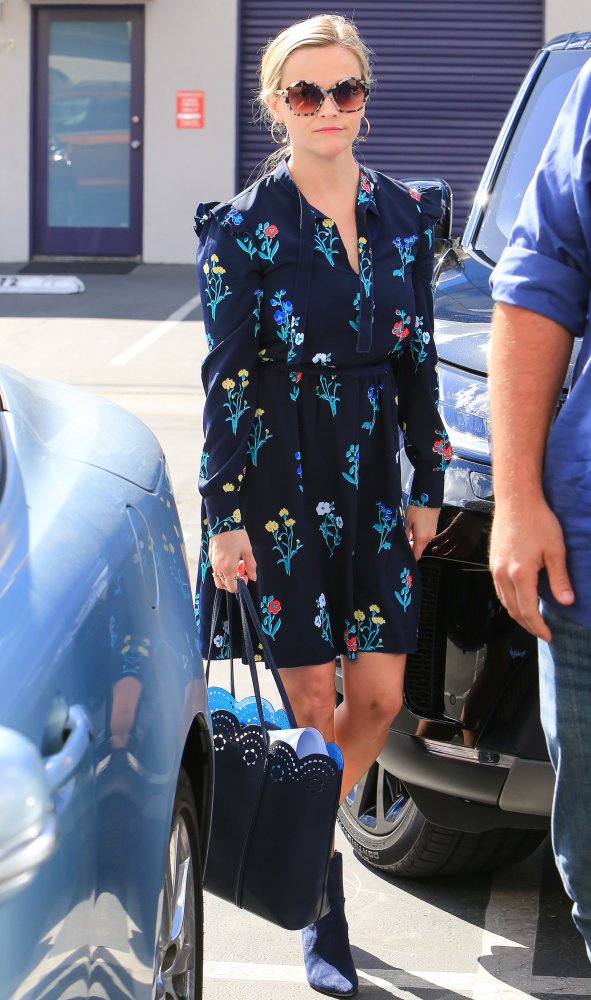 The new cover of NW features a photo of Witherspoon with the quote, "I can't do this anymore." The article inside the tabloid alleges the actress is in a "life crisis," and her "six-year marriage to Jim Toth is suffering as a result." Causing the purported problems, contends the gossip magazine, are all of Witherspoon's professional obligations. She's promoting A Wrinkle In Time, developing a new Apple series with Jennifer Aniston, producing the second season of "Big Little Lies" and still running her fashion business, Draper James, in addition to the production company Hello Sunshine. That's on top of raising three children.

"Pals fear it's only a matter of time before something's gotta give… and it could be her marriage," claims the outlet, which quotes a so-called "family insider" as saying, "A lot of her friends are convinced she's been burying herself in work projects to avoid issues in her marriage." Tellingly, the supposed source never says what those "issues" allegedly are. But the alleged tipster further asserts, "It's hard to believe that having such a crazy workload isn't putting a strain on her marriage. She simply has a lot less time for her husband, and it has people wondering if Jim and her are in fact okay."

The publication acknowledges that Toth, a high-power agent at CAA, is quite busy himself. Still, the purported tipster maintains, "Reese's friend says she and Jim are like two ships passing in the night… They never see each other and there's no denying that a marriage that gets no attention is going to suffer." But this take on the couple's relationship simply isn't accurate.

Witherspoon and Toth were together at the Critics' Choice Awards last month (see photo above), and they also took a snowy vacation to Sun Valley in January, which she documented on Instagram. Also on Instagram Witherspoon posted a Valentine's Day photo of herself with Toth, writing in the caption, "Love my Valentine! Keeping the love strong for 8 years! #valentinesday #datenight." And in a Marie Claire interview released this week, Witherspoon credited her ambition in part to her husband.

The tabloid, however, seems to be suggesting that simply because Witherspoon is successful with multiple irons in the fire, she can't also have a strong marriage. That notion, of course, is baloney. The magazine's claims are easily disproven, and what's more is that Gossip Cop is told that no real "family insider" would be dishing to the outlet about the Oscar winner's relationship to begin with. As for that "I can't do this anymore" cover quote, Witherspoon never actually said that. The whole story is bogus.

Sarah Jessica Parker and Matthew Broderick are NOT having marriage crisis