Reese Witherspoon and Nicole Kidman are not "fake friends," despite a tabloid cover story falsely claiming "they can't stand each other." The report is demonstrably wrong. And Gossip Cop can exclusively bust it. 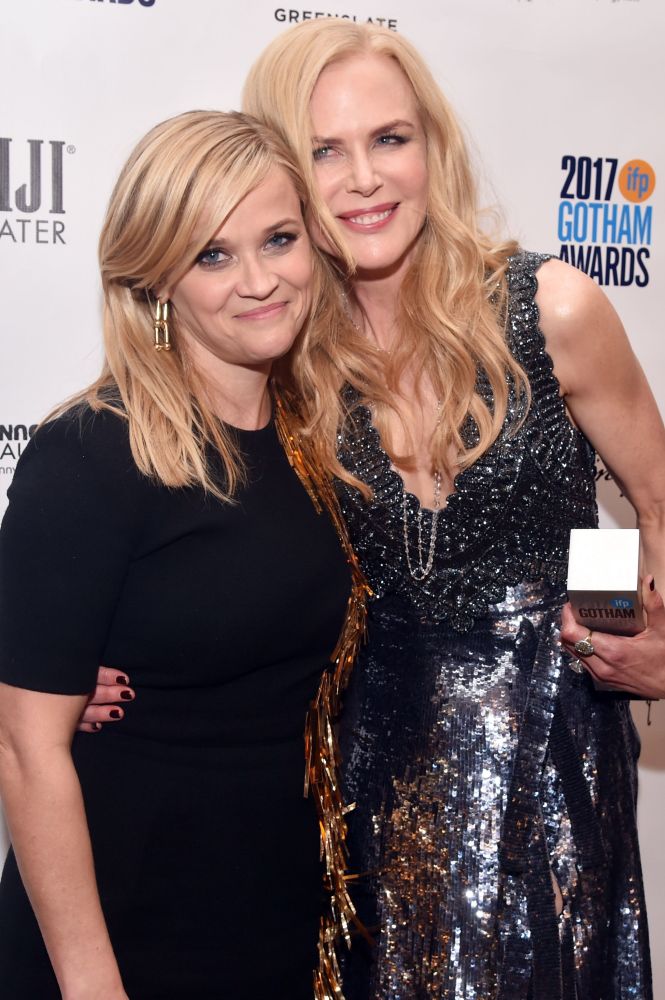 The impetus for this new Life & Style cover story is last week's Gotham Awards, where Witherspoon presented Kidman with a special honor. But according to the article, the "Big Little Lies" co-producers and co-stars only "act like BFFs for the cameras." To illustrate its point, the gossip magazine features a photo of the pair at the awards show where they are looking off in different directions. It's asserted they "appeared to ignore each other." In actuality, both were speaking to different people, whom the outlet cut out of the photo to give a misleading appearance.

Still, a so-called "insider" is quoted in the story as claiming, "Their friendship is just for show. There have been a lot of eye rolls and gritted teeth on red carpets. Nicole and Reese are kind of like vinegar and oil — and they are definitely fake friends." The publication alleges the pair were initially close during the filming of their HBO show, but the dynamic changed following the series' February premiere. Contends a supposed "source," "The success of 'Big Little Lies' has gone to both of their heads and there's now a power struggle between the two stars."

The tabloid's specious snitch is oddly acting like the Oscar winners weren't already enormously successful A-list actresses. This wasn't their first brush with fame and critical acclaim, so it doesn't make sense that it would suddenly go to "both of their heads." But the magazine goes on to insist the two clashed at the September Emmys, with its purported "sources" and "insiders" detailing how the two women also supposedly disagree on how to approach their careers yet are "jealous" of one another.

One source even contends they "do not spend time together outside of work" when such a claim is patently false. A July Entertainment Weekly story about "Big Little Lies" specifically notes that Kidman and Witherspoon had just returned from vacationing together. And while an alleged "pal" maintains "Reese wants to spend as little time with Nicole as possible," Witherspoon actually posts about Kidman frequently on Instagram. That includes following the Gotham Awards, when Witherspoon wrote in a caption, "Congrats to my girl @NicoleKidman on her #GothamAward."

If Witherspoon will only associate at events with Kidman when it's "work-related," as this cover story asserts, why would she bother posting about her on Instagram at all? That obviously doesn't make sense. And it's quite suspicious that Life & Style alleges in its article that Kidman is holding up a second season of "Big Little Lies" when no reputable trade publication has reported any such issue. It's unfortunate that the tabloids have spent much of 2017 pitting the collaborators against each other instead of celebrating their genuine closeness. A Kidman contact even tells Gossip Cop exclusively that this narrative is "lies," adding about the cover story, "It is ALL complete rubbish." And shameful, too.