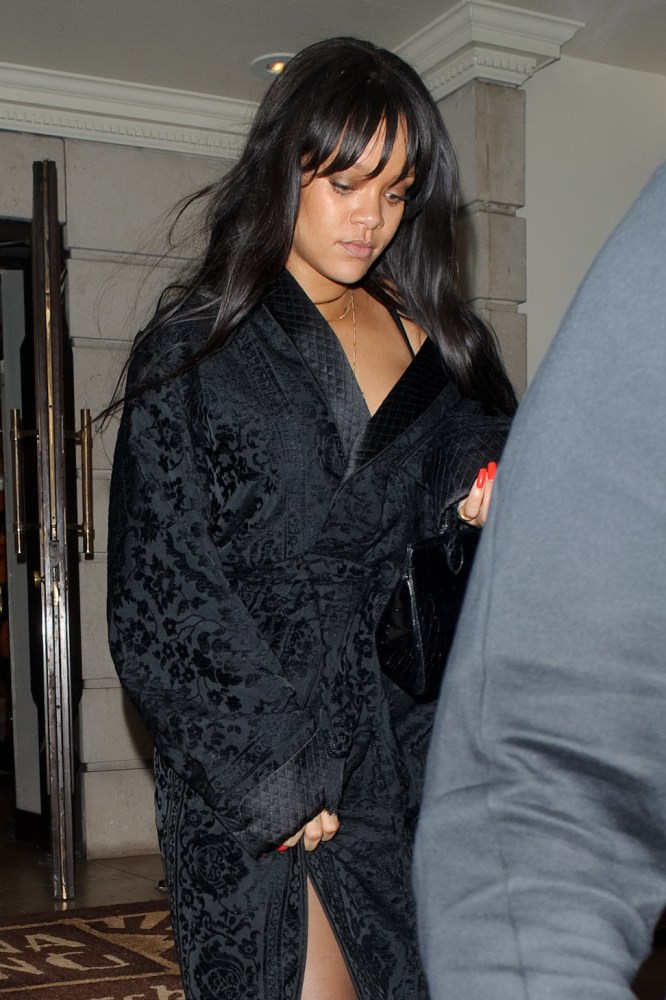 After Rihanna performed "Wild Thoughts" at the Grammy Awards on Sunday night, some fans took to Twitter and suggested that she looked a little fuller than usual. Others believed the singer was dancing "delicately" during her set, which might be a sign that she has a bun in the oven. Another social media user pointed to the lack of "close-ups" as an indication that Rihanna is expecting a child.

All of this conjecture is simply inaccurate. Gossip Cop is exclusively assured by a source close to the situation that Rihanna isn't pregnant. The singer, who's been dating Saudi billionaire Hassan Jameel since around June of last year, did in fact show off plenty of impressive dance moves during her Grammys performance.

Unfortunately, websites such as HollywoodLife and Celebrity Insider are fueling the baseless speculation by publishing articles based on nothing but fan theories. Both outlets give a rundown of the reasons that Twitter users believe the singer is expecting a child. HollywoodLies, as it's been nicknamed, ends its piece by asking readers, "Do you think Rihanna is pregnant?"

This is the same website that frequently pretends to have "exclusive" insider knowledge about the singer's relationship with Jameel, so it's odd that the outlet has to consult with its readers on whether or not she's with child. Last month, for instance, the site pretended to have "exclusively" learned that Rihanna isn't engaged after initially spreading the false speculation, and after Gossip Cop already busted the claim.

It should also be noted, bogus rumors about Rihanna being pregnant spread many times last year. The inaccurate stories were primarily based on the singer's appearance and choice of outfits at various public events. As opposed to writing articles based on what fans on social media are saying, Gossip Cop fact-checks, and we can confirm that Rihanna isn't expecting a baby.

Are Kylie Jenner and Travis Scott fighting over baby names?