Is Robert Pattinson unhappy with the salary he's getting for the upcoming Batman reboot? That's the false claim in one of this week's tabloids. Gossip Cop looked into the situation and we can set the record straight. 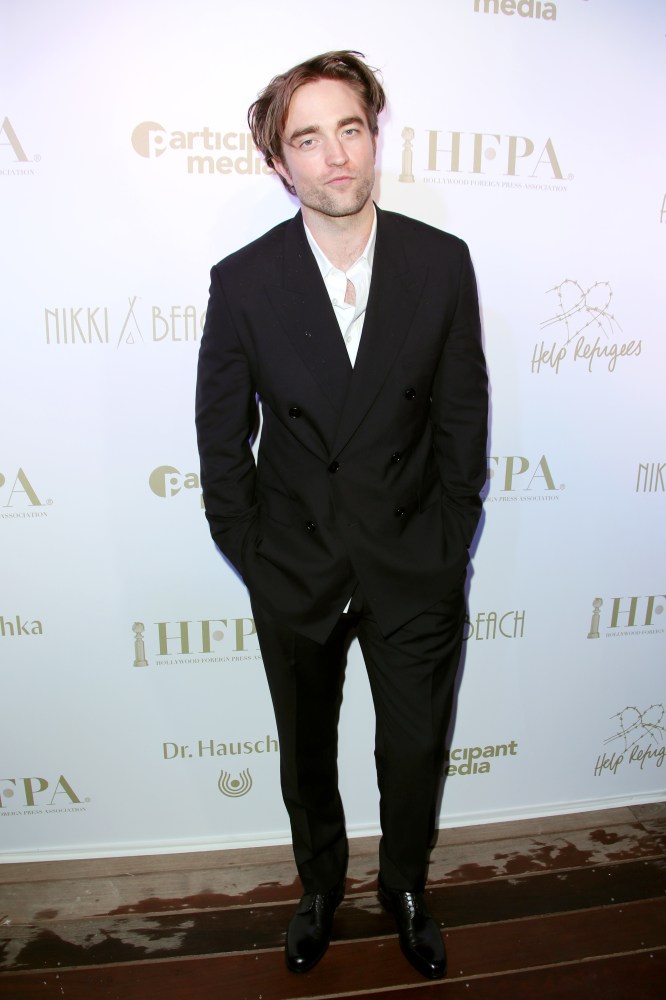 "R-Patz: Peeved Over Paycheck" reads a headline in the latest issue of Star. The accompanying article says the actor was hoping to score a major payday when he signed on to star as the Dark Knight, but he's "causing a stink" over supposedly making less than his peers in the industry who've played superheroes.

"Rob assumed he'd get more because he's paid his dues and has been working nonstop for more than a decade," a supposed source tells the magazine. "The fact that Chris Evans gets [more money] for playing Captain America in the Avengers film really bothers him, especially since the general assumption is Batman is a bigger franchise."

The alleged insider goes on to say that Pattinson is particularly annoyed because he "had to jump through hoops to even be taken seriously for the role." The questionable tipster adds, "He hasn't had to audition for anything in 10 years but had to do a screen test and attend meetings with studio bosses to get his foot in the door. He's only going to swallow this bitter pill because he knows there could be more films – and money – to come."

The tabloid's report simply isn't accurate. For starters, Pattinson's Batman salary hasn't been revealed by either Warner Bros. or any of the Hollywood trade publications. Star doesn't have any insight into how much the actor is making for the project. The Hollywood Reporter, however, did note that Pattinson's Batman salary was pre-negotiated before he officially won the role. The trusted entertainment outlet explained that decisions regarding "salaries, bonuses and even sequels" were put into place during screen test process, and the deal went into effect once Pattinson was officially cast.

Additionally, Pattinson has never been one to choose his roles based on a paycheck. In reality, the actor has avoided blockbusters and franchises in the years since the Twilight series ended. In a 2017 interview with GQ, Pattinson explained that he's more drawn towards art-house movies and working with filmmakers he finds interesting.

The actor has been embracing bigger films as of late, but his decision to do so isn't financially motivated. Pattinson is currently shooting Christopher Nolan's next movie, Tenet, an action epic revolving around the world of international espionage. When the project was announced, the actor explained in an interview hat he's "been a little wary of doing big movies for years and years," but made an exception for Nolan because he's the type of director "who can do what is essentially a very personal, independent movie that has huge scale." Pattinson clearly feels the same way about the upcoming Batman reboot.

This also isn't the first time we've had to debunk a story regarding the actor's casting in the comic book movie. Last month, Gossip Cop busted Star's sister outlet, Life & Style, for falsely claiming Armie Hammer was bad-mouthing Pattinson for getting the Batman role over him. This latest article surrounding the film is more nonsense.

Jennifer Aniston, Brad Pitt Did NOT Go On A Date Thanks To George Clooney, Despite Reports