Did Sandra Bullock get married last year? In a word, no. But that was the claim from one of the celebrity magazines exactly one year ago today. At the time, Gossip Cop reported talk of a secret wedding was untrue, and 12 months later it's still false. 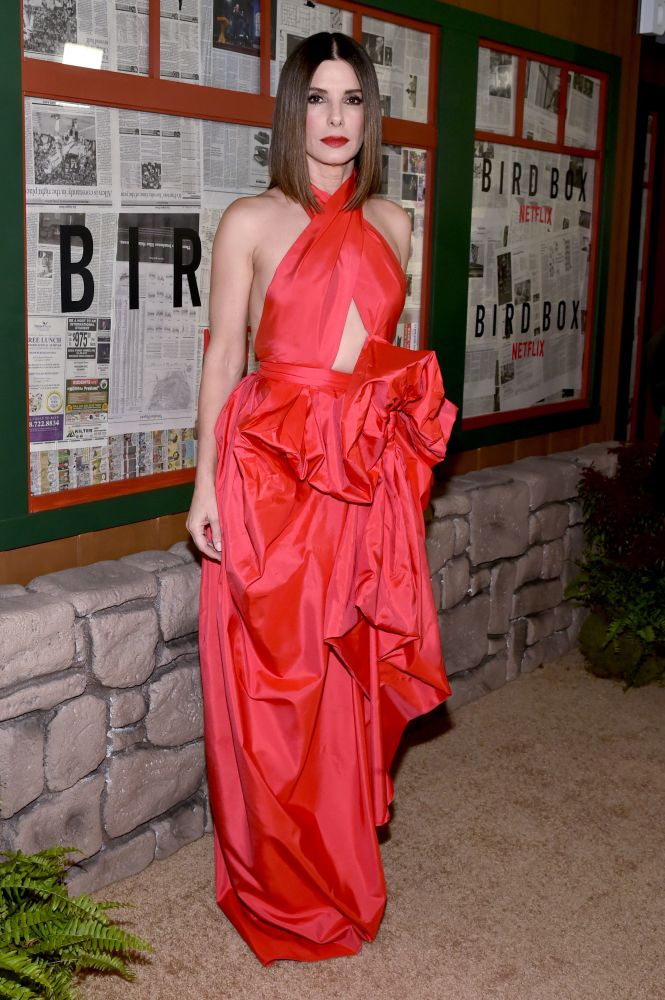 On March 18, 2018, In Touch insisted Bullock secretly wed her boyfriend, photographer Bryan Randall. The tabloid actually had no proof whatsoever. It simply had a photo of Randall wearing a ring and speculated that he and Bullock somehow managed to secretly get married.

In an absurd attempt to make its tale seem valid, the habitually debunked magazine alleged it had learned about the wedding from "friends of the fiercely private actress." The supposed sources added how Bullock would eventually share with everyone that she got married when she's "good and ready." As we noted 365 days ago, if Bullock is "fiercely private," why would people who call themselves her "friends" share such an intimate piece of information with a tabloid? And, of course, that line about how the actress will reveal she wed when she's "good and ready" is really a way for the publication to buy time, so that weeks or even months can go by without anyone questioning the outlet about its phony report.

But that's partially what Gossip Cop is about. Not only do we bust false claims when they're first published, but occasionally we return to them later to hold that tabloid accountable. The premise about Bullock having secretly wed was completely fabricated a year ago to sell magazines, and now there's no question the article was nothing more than a lie. As we pointed out last year, it seemed rather odd the outlet had "friends" of Bullock saying she she wed, but didn't have one single detail about the nuptials, including when or where it happened or even who was invited.

Also, while that whole story was based on unnamed and untraceable sources, the actress's rep, speaking on her behalf, told Gossip Cop at the time that Bullock didn't get married to Randall in a secret wedding. There's a reason we often make this distinction. The tabloids routinely make up tales and pin them on anonymous sources, and there's no accountability. Conversely, we try to get people to speak on the record since it generally ensures they're going to take responsibility for their words and be entirely truthful.

Lastly, this narrative about Bullock secretly marrying must work because In Touch's sister publication, Life & Style, made a similar claim just a month ago. In that inaccurate article, the outlet maintained Bullock secretly married Randall in front of just her kids, Louis and Laila, with "no fanfare" at all. Once again, while that story was predicted on an unidentifiable "source," the actress's spokesperson told Gossip Cop she didn't exchange vows with the photographer. A lie is still a lie, no matter how many times it's repeated or how along ago.

Will Smith Worried About 'Aladdin' Ruining His Career?