One of this week's tabloids claims Sandra Bullock and her boyfriend Bryan Randall had a secret wedding at the actress's ranch in Jackson Hole, Wyoming. The story is completely untrue. Gossip Cop can debunk it. 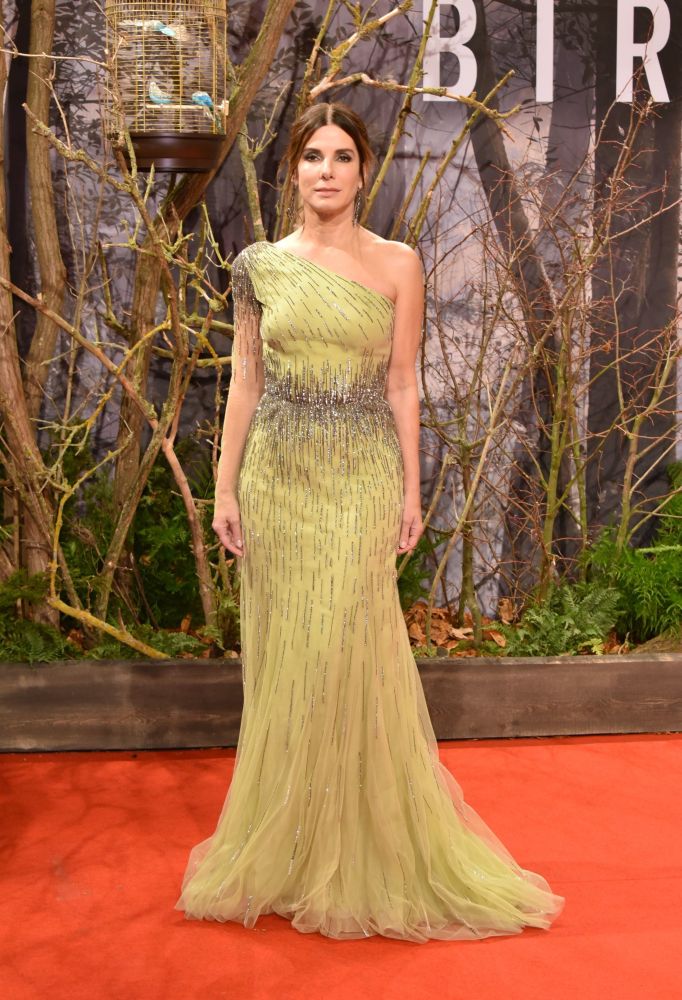 According to OK!, the couple of more than three years quietly got married earlier this month with just her kids Louis, 9, and Laila, 7, and a small group of family and friends in attendance. A supposed source tells the magazine, "Sandra didn't want anything big or flashy, so she had something short, sweet and meaningful that allowed them to express how they feel about each other. It's everything she wanted it to be."

The supposed source further contends that Bullock didn't wear a wedding gown, but instead opted for "a dress and boots pulled from her own closet." The questionable tipster adds, "Getting married again was never Sandra's priority until Bryan brought it up. He said he wanted to adopt Louis and Laila and help raise them as his own. Sandra was so touched, she figured, why not get hitched?"

The so-called "source" goes on to say that following the ceremony, Bullock and Randall celebrated their honeymoon by flying to New Orleans with her kids and watching the Mardi Gras parades. The suspicious insider concludes that the actress and the photographer are now discussing "expanding their family," adding, "Louis and Laila would be thrilled to have another sibling."

The tabloid's report, which is based on the word of an anonymous "source," is pure fiction. Despite what the magazine's untraceable "insider" claims, Bullock's spokesperson says on the record that the story is made-up. The actress's rep, who's qualified to speak on her behalf, confirms that she and her boyfriend aren't secretly married. Bullock and Randall didn't tie the knot in Wyoming earlier this month, nor did they celebrate an imaginary honeymoon in New Orleans.

It should be mentioned, Gossip Cop frequently catches OK! making up stories about the actress's personal life. Just two months ago, we called out the magazine for wrongly reporting that Bullock was having a "miracle baby" at 54-years-old. The actress isn't expecting a child and this latest article makes no mention of her being pregnant. That seems like an important detail to forget if it were true.

Meanwhile, Gossip Cop busted the outlet last April for falsely claiming Bullock was adopting a third child. That hasn't happened either. And in January of last year, the publication made up a story about Bullock and Randall planning a destination wedding on an exotic island. None of these bogus scenarios have panned out, and the unreliable tabloid never acknowledges that fact. Instead, it simply comes up with new phony premises, such as this latest one about a (nonexistent) wedding in Wyoming.