A new tabloid report claims Sandra Bullock is trying to prevent the cast of Ocean's 8, including Anne Hathaway, Rihanna and Cate Blanchett, from feuding with each other. Gossip Cop can debunk this nonsense. There's simply no truth to it. 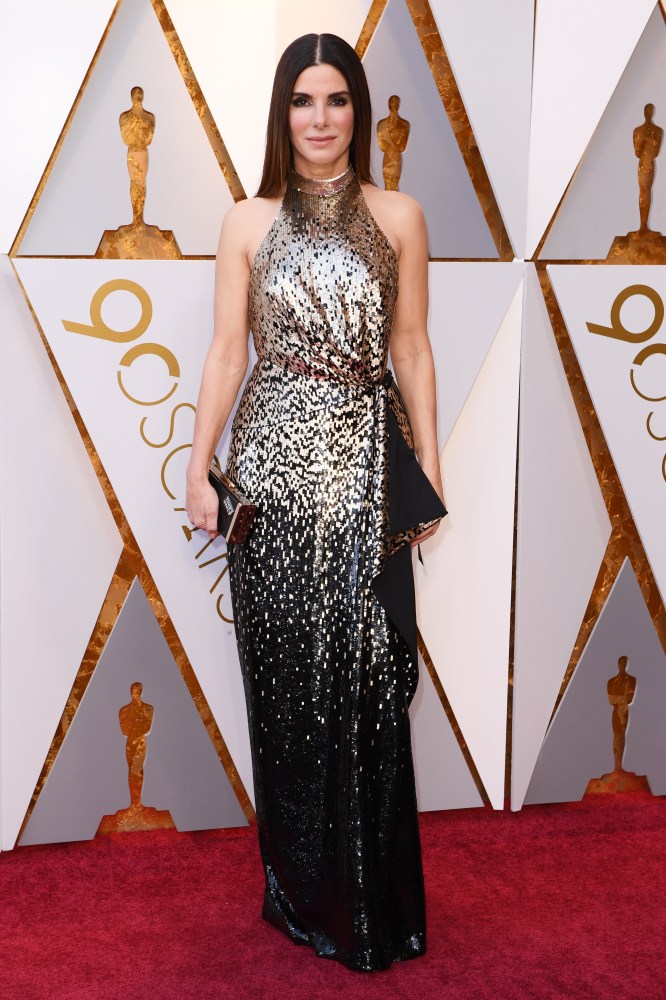 According to Star, the cast of the upcoming crime comedy is battling over coming up with a schedule to promote the movie. The unreliable outlet says the women's egos are out of control and they're making certain demands when it comes to making appearances in support of the film.

An alleged "insider" claims that Hathaway is particularly difficult and "insists the tour be scheduled around her." Mindy Kaling, who gave birth to a baby in December, has supposedly been telling her co-stars that "if she can find the time" to promote the movie, "everyone else can too." The outlet's questionable source concludes that Bullock, Blanchett and Sarah Paulson "are trying to keep the peace, but it'll be a miracle if they all make it to the premiere."

Additionally, Bullock recently told People magazine (see below) that there's no truth to the various tabloid rumors about the cast feuding. "Early on in the shoot we started reading stories that we were at each other's throats, but the opposite was true," the actress said. "A lot of film was wasted on laughing fits that usually resulted in makeup having to be redone."

It's also worth noting, studios schedule promotional tours well before the release of a film. In fact, promoting a movie is typically part of a star's contract and the dates are worked out before filming even begins. Regardless of the magazine's article lacking logic, there's an overwhelming amount of evidence to disprove it.

Unfortunately, this wouldn't be the first time we've had to debunk a bogus story about the cast of the all-female reboot being at odds. Gossip Cop previously called out Star's sister publication, OK!, for falsely claiming there was a therapist on the set of Ocean's 8 to prevent the co-stars from fighting. This latest article surrounding a nonexistent feud is more lies.

Did Gwen Stefani lose her hearing?