Are Sarah Jessica Parker and Matthew Broderick moving to Ireland with their kids? That's the claim in one of this week's tabloids. Gossip Cop looked into the situation and we've learned it's not accurate. 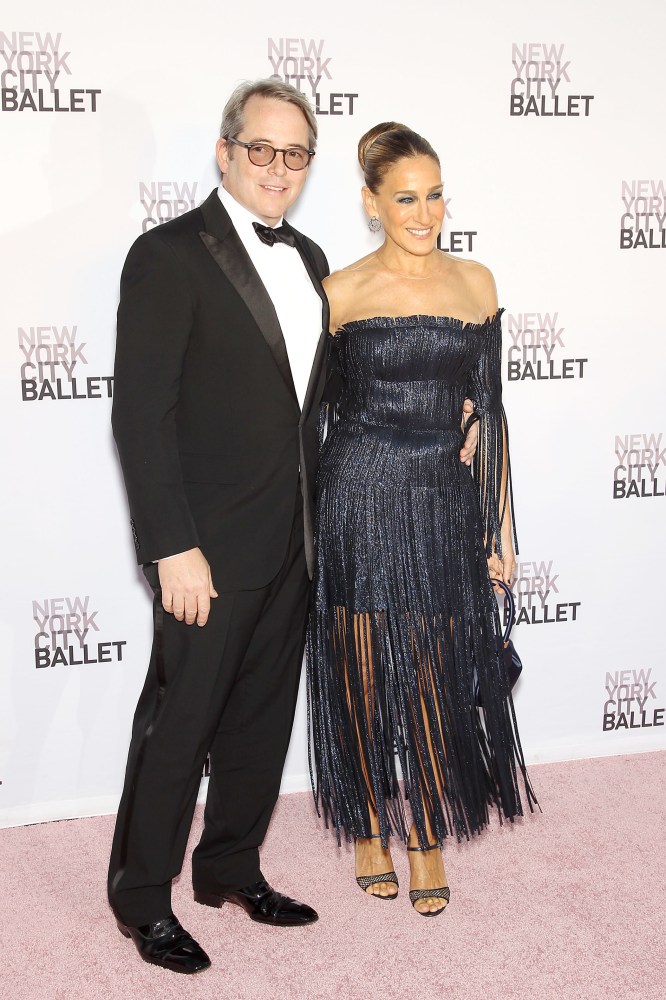 The spouses own a home in Donegal and frequently spend the holidays in the Irish town, but according to Star, they plan to leave New York City and relocate overseas for good. A supposed source tells the magazine the couple is "serious about making a permanent move," and Parker plans to quit her HBO show "Divorce" to work on her marriage. "She doesn't want to let her co-stars down," adds the alleged insider, "but their relationship has weathered some tough times, and whenever they're in Donegal they reconnect."

The magazine's story is coming from an unidentified tipster, but Gossip Cop reached out to Parker's spokesperson, who tells us on the record that it's "false." We're assured the actress and her husband aren't permanently moving to Ireland, despite what the outlet's so-called "source" claims.

It's worth noting, Parker and Broderick's Donegal home was purchased by the actor's family more than 40 years ago. The couple recently renovated the cottage, which is perhaps one of the reasons why the magazine says they're planning to live there full-time. That simply isn't the case.

The tabloid's additional claim about Parker quitting her HBO series isn't true either. It was announced in November that "Divorce" is being renewed for a third season, which starts shooting in New York City in the coming weeks. The idea that the actress's marriage is in need of repairing is also bogus. Star alleged nearly a year ago that Parker and Broderick were headed for a split "over their busy work schedules." That story was also based on claims from an untraceable "insider," but the actress's spokesperson assured us it was untrue. Time has proven that to be the case.

Last March, Gossip Cop busted the magazine for wrongly reporting that Parker and Broderick were having another set of twins via surrogate. That phony article made no mention of the marriage problems they were said to be having just weeks prior. Regardless, the story was completely made-up and the spouses aren't expecting more kids.

It's clear at this point that Star's sources are either woefully misinformed or flat-out nonexistent. This latest article about Parker and Broderick moving to Ireland is provably false. The spouses frequently spend time at their property in Donegal, but New York City is still their home base.