One of this week's tabloids claims Sarah Jessica Parker went to psychic so she could contact her dead relatives. The story is completely made-up. Gossip Cop can debunk it. 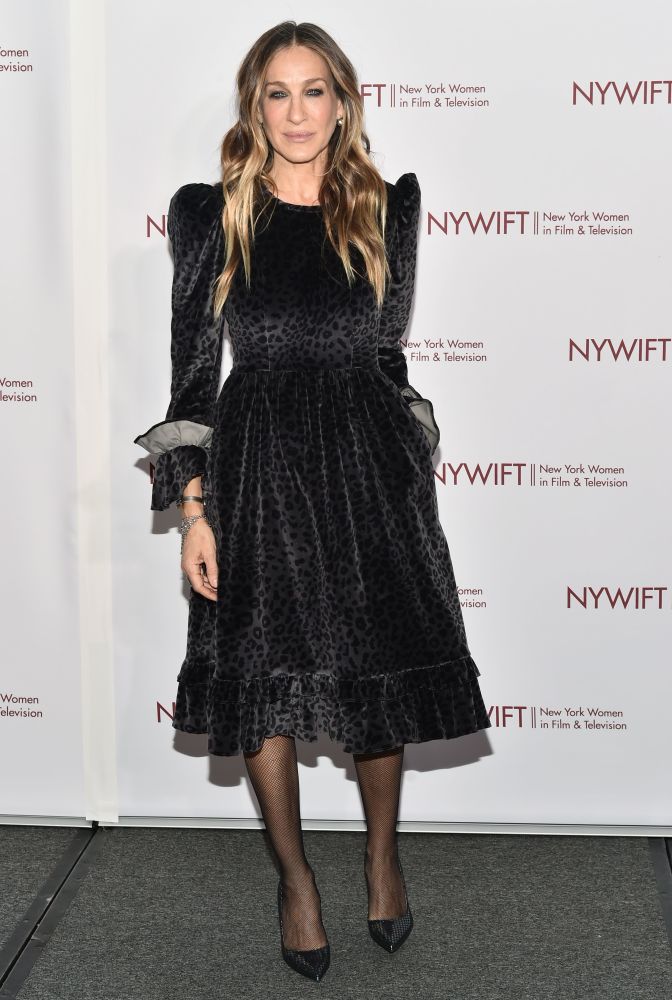 A headline in the latest issue of Star reads, "Ghost and the City For Sarah Jessica Parker." The accompanying article claims the actress recently decided to she wanted to speak to some of her late family members, so she "had a psychic arrange a beyond-the-grave family reunion."

A supposed source tells the magazine, "Sarah had a medium tap into the 'other side' so should could communicate with long-gone loved ones. Their spirits chimed through clear as a ringing bell, sending much love and bringing Sarah comfort."

The tabloid's article lacks any real details. For instance, the magazine doesn't bother to mention which family members the actress supposedly contacted, nor anything about the alleged conversation they had. Had this incident actually occurred, one would think the outlet would be able to flesh out its story with a few of the particulars. As is, the simple premise has no substance and could be applied to just about any celebrity.

Regardless, Gossip Cop checked in with Parker's spokesperson, who tells us on the record that the report is "false." Despite what the publication's anonymous and untraceable "insider" claims, a rep qualified to speak on the actress's behalf confirms she never used a psychic to contact her deceased relatives.

Of course, we're not surprised by the tabloid's fabricated article. Star is the same outlet that Gossip Cop busted earlier this year for wrongly reporting that Parker was expecting twins via surrogate with husband Matthew Broderick. That clearly never happened.

Shortly before the magazine's phony story about twins, Gossip Cop busted the outlet for falsely claiming that Parker and Broderick were having a marriage crisis. The tabloid's sister outlets, including OK!, the National Enquirer and RadarOnline, have also made up multiple stories about Parker's marriage being in trouble. The spouses of 21 years are still going strong.

It's worth noting, the idea of a celebrity visiting a clairvoyant is a running theme in the tabloids. Over the years, we've debunked false reports involving George Clooney, Kim Kardashian, Kaley Cuoco, Rosie O'Donnell, Hilary Duff and Demi Moore seeking the services of a psychic for one reason or another. Gossip Cop doesn't purport to have psychic powers of our own, but we do predict the tabloids will continue churning out these bogus stories.

Cindy Crawford, Rande Gerber NOT Getting 'Billion-Dollar Divorce,' Despite Report