"PLEASE leave me ALONE. and stop staying in the room below me, you've woken me and my mother up. go to bed. keep cheating u win." — Lindsay Lohan, raging against the Tweet on her ex-girlfriend, Samantha Ronson

"i love my fianceeee :)" — Megan Fox, toying with our hearts, even on Twitter

"sorry guys. im deleting my myspace. once I delete im not making another." — Robert Pattinson, recounting a most-momentous Sunday-afternoon activity: depriving the world of his MySpace page

"never go to Posto, Gruppo or Vezzo in New York City. i actually cannot believe how rude they were." — Jimmy Fallon, firing an early shot at "Carb Face Carol" and the rest of the gang at Posto pizzera, with whom he had his now-legendary Twitter feud

"ace of base on lunchtime radio, 'i saw the sign' … i remember choreographing dances to this song when i was 8! lol!" — Emmy Rossum, reminding the rest of us how old we're getting

"Landing in Sydney in twelve hours. The WOLVERINE press tour begins. I thought it would be cool to start the tour where the film was made." — Hugh Jackman, resolutely enthusiastic about promoting his new film, despite it being leaked online

"What is it about a hair cut that makes you feel 'so fresh and so clean clean'? I think I walk a little taller just after." — Ashton Kutcher, who just needs a day at the salon to feel like a new, beautiful man

"can an immersion be less than full??see what happens at 12:45 a.m. when brain cells are fried after a two day immersion??" — Martha Stewart, showing us how sleep-deprived mental exhaustion can also be a good thing

"More people read a busted fishtanks twitter than this." — Newlywed Ryan Adams, unhappy with the state of his Internet activities, drowning in a half-empty Twitter fishbowl of sorrow

"back home from a day of flea market-ing and lunch with ry and jamie 'the candyman' jamerson. ryan drove us all day — very impressive." — Mandy Moore, whose new husband, Ryan Adams, is apparently untalented at more than just Twitter

"The TUDORS are on!!! I love history!!! On showtime fyi." — Diddy, who loves Showtime's sex-drenched version of history

"everybody tell a friend to get on here…. i want 25k followers by the end of the month!!! lets build this army. take over the world!!" — Donnie Wahlberg, trying to wake the sleeping giant of New Kids on the Block fans on Twitter

"Meow, meow, purrr. I need to lick my fur now. Its crusted with the tears of all the children who actually thought I was a real tweeting cat." — Rainn Wilson, who engaged in a fake Internet fight with a fake Internet feline 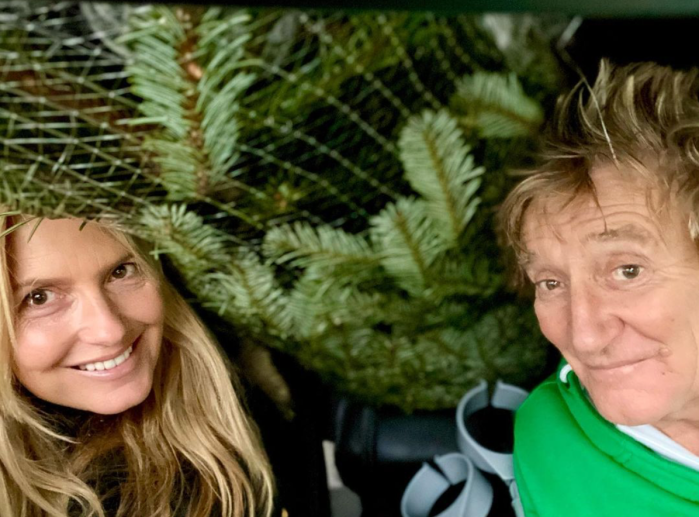 Up Next Holiday Vibes!