The producers of "American Idol" are not talking about replacing Katy Perry with Taylor Swift on the next season of the show, despite a fabricated report. Gossip Cop can exclusively debunk this claim. A rep for Perry tells us it's false. 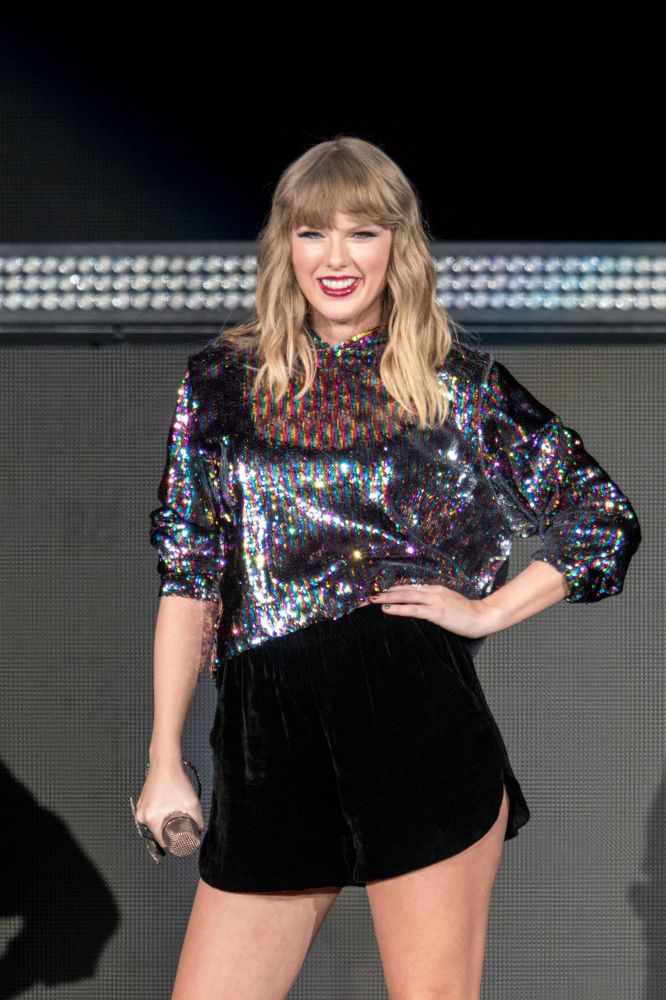 According to Naughty Gossip, however, ABC isn't happy with Perry's performance as a judge on the reality competition show, so the network plans to fire her once the current season wraps up. An alleged insider tells the unreliable site that producers can't justify the singer's $25 million salary because she "has not been able to deliver the amount of viewers needed to keep getting paid that amount of money."

The outlet's supposed source continues, "Rather than ask her to take a pay cut, it has been decided that she should be replaced next season on the show." The seemingly phony tipster further contends that execs haven't officially started searching for Perry's replacement just yet, "but one name that keeps coming up is her enemy Taylor Swift."

Given the contentious history between Perry and Swift, such a development would make for an interesting plot twist, but there's no truth to it. While the untrustworthy blog hides behind an anonymous and seemingly nonexistent "source," Perry's spokesperson tells Gossip Cop on the record that there's been no talk of replacing her. The singer's rep adds, "ABC is so happy with 'American Idol' this season."

It should be noted, ABC has yet to announce whether or not the "American Idol" reboot will return for another season, let alone which judges might come back. Regardless, the site's assertion that the network wants Perry off the show simply isn't true. The secondary claim about Swift being in the running to replace her is equally false.

Meanwhile, the notion that the network is disappointed with the show's ratings is also entirely unfounded. The TV industry trade publication Broadcasting & Cable published an article this week titled, "Primetime Ratings: ABC Wins With 'Idol.'" The respected outlet noted that "American Idol" scored the highest primetime ratings this past Sunday, besting other popular shows such as "60 Minutes," "The Simpsons," "NCIS: Los Angeles" and "Madam Secretary." Clearly, the producers have no reason to be down on Perry or anyone else involved in the reboot.